The Impeachment: American Crime Story star’s now-fiancée Bonnie Chance Roberts got down on one knee to pop the question, and Feldstein said yes.

Sharing a series of photos of the proposal and celebrations to Instagram one day before her 29th birthday, Feldstein wrote a simple, “i do, bon.”

The photos show Roberts on her knee presenting the engagement ring to Feldstein, and then, post-proposal, Roberts and Feldstein celebrating the milestone with family and friends – including Ben Platt, Kaitlyn Dever, and Feldstein’s brother, actor jonah hill.

On her Instagram Story, Feldstein shared her own post, writing to Roberts, “you make me happier than i knew was possible. i love you.”

Roberts also shared the post to her own Instagram Story with The Beatles’ ‘She Loves You’ playing over it.

Feldstein and Roberts have been together for over four years, and in December last year, Feldstein called Roberts the love of her life in a birthday tribute to her now fiancée.

Feldstein, who is currently headlining the Broadway revival of funny girl as Fanny Brice until September, also opened up about Roberts in 2019, when she was promoting the film booksmart.

booksmart features a storyline where Kaitlyn Dever’s character Amy falls in love with her classmate Hope, and Feldstein said the “best” element of that love story is the fact the film doesn’t make it a big deal that Amy is gay.

Feldstein said she thinks it’s “radical” that the only love scene in the film is a queer love scene, which she says normalises LGBT+ relationships by making it front-and-centre but also not a big deal.

“For me in my life, it is a part of who I am but it is not at all my defining feature,” Feldstein continued, opening up about her own sexuality. 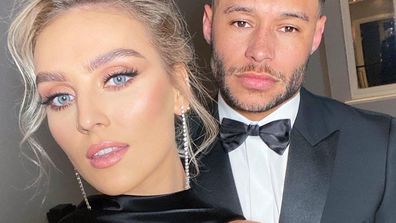