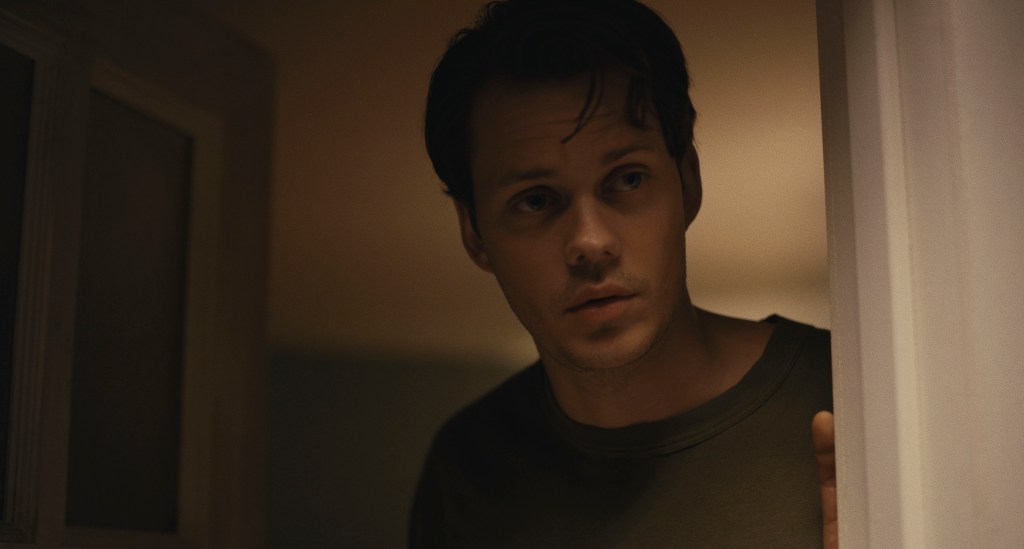 SUNDAY AM UPDATE: Some good word of mouth has prompted Disney/20th Century Studios/New Regency’s barbarian to come in higher than expected at $10M; Ditto for their Star Studios’ Brahmastra Part One: Shiva which is at the high end of its estimates at $4.4M in the No. 2 spot. Disney will report their official numbers soon. The original range for Brahmastra was $2M-$4M. That pic’s opening is the fourth highest stateside for a Bollywood title.

The hope here for studios on a horror title such as barbarian is at least 3x multiple off its opening at this point in the pandemic; or at least near that number. scream and The Invitation tracked at a 2.7 (the latter still going with a $18.8M running total), while Bodies Bodies Bodies off its $3.1M wide opening is currently at $11.1M. What has marveled many (but again you have to spend money to make money) is how Universal/Blumhouse’s The Black Phone has scared up a 3.8 multiple off its excellent $23.6M opening for a current $89.7M domestic take. Horror does work and continues to be a bet by studios on the big screen; unlike most comedies which a majority of studios have lost faith on and left to streamers. I’ve been told to watch that second weekend decline on barbarian; it may just be softer than your average slasher (-60% to -65%).

Interesting to note that RelishMix shows more social media traction for Brahmastra Part One: Shiva than Barbarian. The analytics corp couldn’t get a social media reach pulse on the horror title starring it‘s Bill Skarsgard, but clocked Brahmastra at close to 800M across Facebook, Twitter, Instagram, YouTube and TikTok. That number is inclusive of Star Studios’ 13.7M and Sony Music in India which is pushing the film to close to 58M. “The cast is well activated at 245.2M while the content load and posting cadence are at high levels on social in the range of superhero films,” reports RelishMix. Stats “are exceptional because of strong boosting paid campaigns on YouTube.”

Despite the overindex of barbarian and Brahmastra, it’s still the second worst weekend of 2022 with an estimated $42.3M. Hopefully these excellent reviews for TriStar’s The Woman King out of the Toronto International Film Festival (currently 100% off 20 reviews) will send it well north of its $13M-$16M expected start next Friday. Already the tabloid heat off of New Line’s Olivia Wilde-directed; Florence Pugh-Harry Styles-Chris Pine starring Don’t Worry Darling has that movie, now at 42% on Rotten Tomatoes, hovering near a $20M start — and that pic doesn’t open until Sept. 23.

We’ll post the chart when official studio estimates roll in.

SATURDAY AM UPDATE: With the exit of New Line’s adaptation of Stephen King’s Salem’s Lot in what has been a lucrative post Labor Day weekend pre-pandemic, Disney swooped in and booked its 20th Century Studios horror title barbarian. That pic, directed and written by Zach Cregger, follows a woman staying at an Airbnb, who discovers that the house she has rented is not what it seems. The movie grossed $3.8M on Friday (including $850K Thursday night previews) and is poised to make around $9Mpossibly double digits up to 2,340 theaters.

Why did Disney keep this film theatrical instead of sending to Hulu? They were wowed by the test screening scores and knew the critics would love it as well (they graded it 92% certified on Rotten Tomatoes) and rolled the dice. We punched Sony in the nose two weeks ago for not getting behind The Invitationwhich saw a $6.8M start (and current running total of $18.6M. However, the situation with horror films more often is not that studios go lean on P&A in their spend on these titles (under $20M) in seeking a greater upside. If there’s not great heat in the walk-up, they don’t spend. With this film, Disney is hoping to profit off of word of mouth with Barbarian. Tonight will determine if barbarian tips north of $10M. Audience scores aren’t as great as the critical scores at 70% positive on Comscore/Screen Engine’s PostTrak with a 54% recommend and a C+ CinemaScore. Guys showed up to the R-rated title at 59% with 74% between 18-34. Diversity mix was 45% Caucasian, 25% Latino and Hispanic, 16% Black and 14% Asian/other. barbarian had most of its bucks on the coasts and in the Southwest. The top ten theaters were in New York and LA with PLFs driving a third of ticket sales sans Imax.

Meanwhile, Disney’s Star Studios‘ Brahmastra Part One: Shiva, which I’m told is akin to a Marvel movie over in India, is booked at 810 theaters in 172 markets and seeing $1.9M today (including Thursday night previews of $700K that started at 5PM) and a 3-day of $3.5M to $4.5M. PostTrak is 70% positive and a 60% recommend. Prints were in Hindi, Malayalam, Telugu and Tamil. Guys turned out at 55%, 71% between 18-34, with Asian and other audiences showing up at a massive 88%. The Northeast and Canada saw most of the business with nine of the top ten runs. Strong ticket sales in NYC, Chicago, Dallas, San Francisco, Seattle, Boston and Austin with Toronto and Vancouver also delivering.

Also opening in the top 10 is Fathom’s Lifemark at 1,560 theaters which is a Kirk Cameron faith-based movie from director Kevin Peeples. Loglin: David’s comfortable world is turned upside down when his birthmother unexpectedly reaches out to him, longing to meet the 18-year-old son she’s only held once. Decent runs we here in Dallas, Atlanta, Houston, Phoenix, Charlotte, Nashville, Kansas City, San Antonio for a $855K Friday and an estimated 3-day of $2.2M.

Still low single digits on these new openers is putting the weekend at an estimated $39.9M for all movies, which will wind up as the second lowest grossing weekend of 2022 to date after Jan. 28-30 which only produced $34.9M.

We’ll have more updates for you soon.