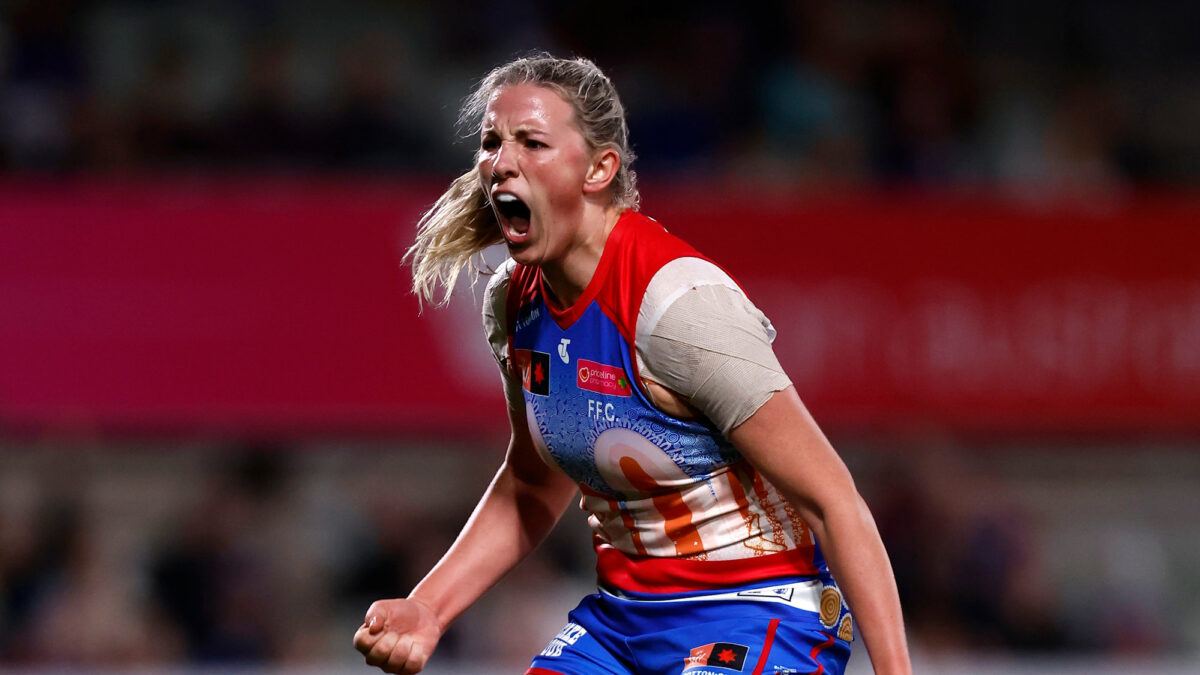 The pattern is becoming depressingly familiar.

News outlet or well-known media figure expresses belief that the AFLW is bad. They cite reasons such as the skill level or lack thereof, which they give excessive public attention on the competition, or the calls from players, administrators and supporters alike for pay and funding increases.

Said think piece promptly gets the traffic the outlet were undoubtedly searching for, the majority of it hate clicks. Said person behind it quickly trends on social media, getting absolutely rinsed for their take and kick-starting a quick and angry response from those most invested in the game.

Said person then, on occasion, goes on to complain about the negative response to a piece designed explicitly to fuel it, and whinges about getting ‘cancelled’ for their deliberately inflammatory opinions.

I’m not going to link or share the latest article that prompted this response, but safe to say if you pay attention to the AFL on social media once the men’s season ends you probably know exactly what it’s about and who wrote it.

If you’ve got no idea what I’m on about, then congratulations, you live in a nicer world than the rest of us, and no, this piece isn’t directed at you.

Write-ups like these drive me nuts for a multitude of reasons, the main ones being that they’re almost universally in bad faith, include pitiful attempts to tone down the argument with meaningless assertions like ‘Don’t get me wrong, I LOVE women’s sport, but…’, or ‘I’m sorry, but…’ punch down by focusing on extreme examples to make the most straw man of arguments, and completely miss the point about what makes all sport, and not just the AFLW or even women’s sport in general, awesome.

It’s impossible to argue against someone’s opinion about standards – though I will say for the record that any criticism about crowds must have missed the 20,000 turning out on Friday evening for the first AFLW Showdown, or the 50,000-plus at the 2019 grand final, or 12,000 at Essendon and Hawthorn’s inaugural match in Round 1 this year. Or the fact that the majority of the games are played at suburban grounds not really catered to gigantic crowds.

It’s fine to not have AFLW be your cup of tea – I don’t care much for boxing, or rugby union, or a great deal many other things that I encounter on my day to day basis.

But if, say, I don’t like tomatoes, I just don’t buy them when I go to Coles. I don’t go on Twitter shouting loudly that Coles is forcing tomatoes down by throat by putting them on display in the fruit and vegetables section.

I’ve honestly never understood the argument that the AFLW is getting too much attention. For one thing, the way social media works is that one quick scroll and the article or video causing you so much distress is gone from your screen, and the algorithm will probably soon work out not to show you it again.

(Indeed, commenting on a women’s footy match report that it’s being forced down your throat is probably going to ensure more AFLW pieces appear on your feed – that’s how basic engagement analytics work!) 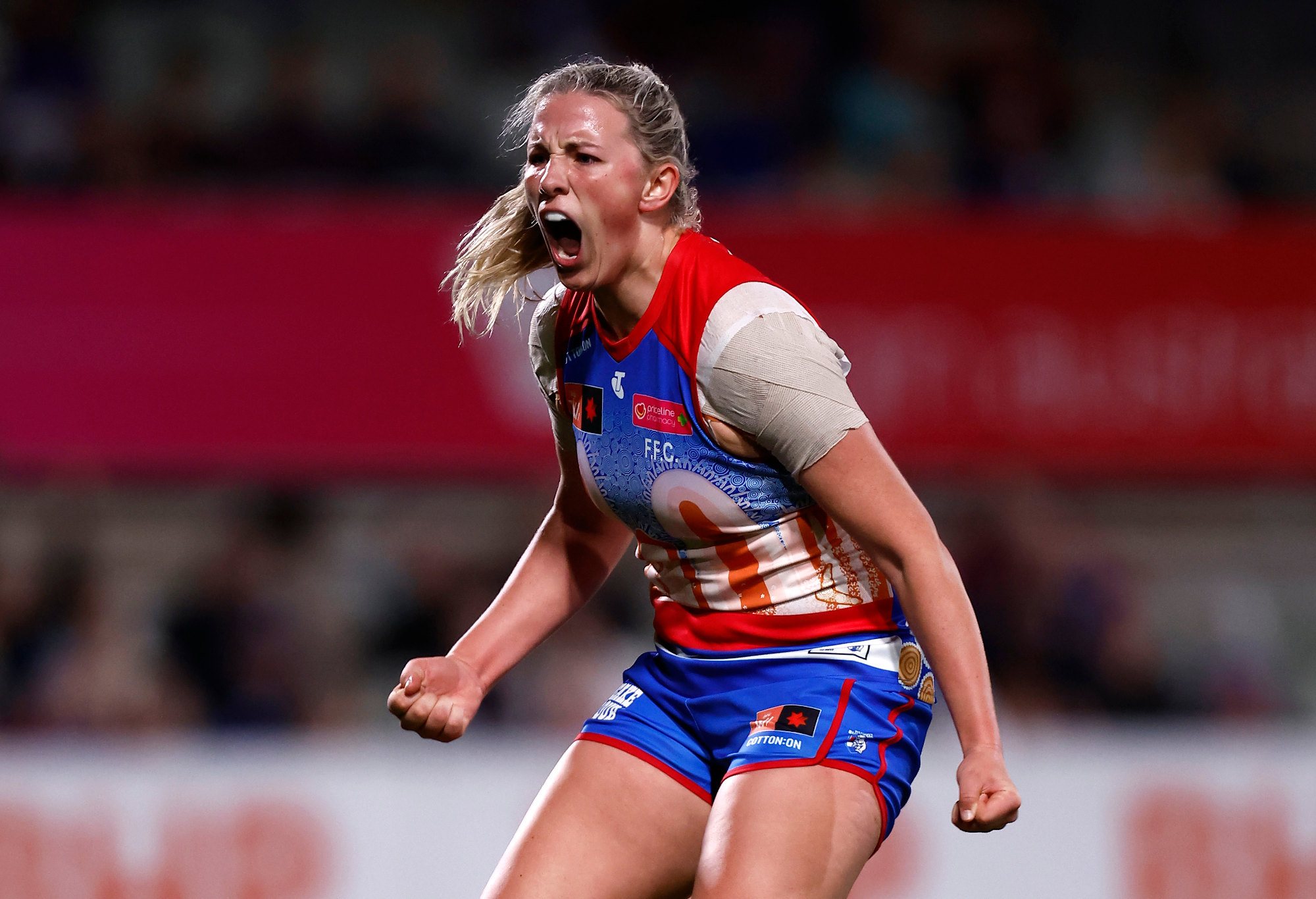 For another, when the AFLW competition was the only Aussie Rules code going last season – played in oppressively hot conditions so the game didn’t clash too much with the men’s game – I still remember seeing more pieces pop up on my feed of how Jake Stringer was tearing up the track and as fit as he’s ever been, or Mitch Robinson swimming in Brisbane floodwaters, or the AFL considering itself for the seventeenth year in a row what rule changes to make and whether the grand final should be at night.

Rarely if ever does the women’s game get more than a passing mention when a game is on or has just finished – so if you’re someone who likes to claim that the public are being oversaturated by coverage of the code (like a certain someone in The Article That Must Not Be Mentioned), then chances are you’ve either stumbled on an outlier and are making a huge fuss about it, or are actually seeking it out and making yourself annoyed about it.

As for the standard, I think it’s fine to argue, as many have, that the AFLW expanded too quickly. For the record, I think the skills and competitiveness of games this season have actually been really good considering four extra clubs have come in at a rapid pace, and that the competition’s size has more than doubled in just five and a half years.

But the decisions made to expand the competition were surely done for reasons other than ensuring the AFLW had time to grow and breathe naturally. Things like Adelaide not conceding a goal in consecutive matches are, through no fault of the players, an inevitable consequence of this hasty decision.

In essence, there’s plenty of room to have nuance in your criticism of the code: but so many of the hit jobs on the AFLW are basically ‘AFLW bad because X, so no one should watch it and they shouldn’t be on TV’ .

This is not an Emperor’s New Clothes situation where everyone’s being hoodwinked into thinking the AFLW is the best thing since sliced ​​bread and any word against it an act of treason; it’s a situation where most of us are fully aware that the emperor might be slightly underdressed, but it’s great that he’s showing support for body positivity, and important to give him the time and space he needs to go back to the palace and bang on some jeans and a T-shirt.

Yes, a 97-to-1 scoreline in a game last week is concerning; and a two-goals-to-one game the same round isn’t ideal either. But don’t go telling me the competition is universally hopeless and meaningless when it has plays like this as a highlight; plays any men’s team at any level would be proud to have pulled off.

It’s fine to be annoyed at how Geelong’s AFLW team is playing – their dour footy has been supremely successful but is a bloody tough slog to watch unless you’re a rusted-on Cats fan. But it’s also worth noting that scores are low in their games not because the teams are incapable of kicking goals, but because their brains trust have deduced it’s their best chance of winning games.

And to respond to that point about the standard of the AFLW being equivalent to high school footy: most of the boys in those competitions have been playing footy since they were old enough to walk and kick at the same time.

They haven’t been forced out of youth teams because of their gender, like many women’s footy players. They don’t need to adjust to a lifetime playing another sport such as basketball or cricket. The greatest player in AFLW history, Erin Phillips, is a primary example: and she at least played footy until she was 14 before stopping due to, yep, lack of opportunities for women.

If you got a bunch of NRL players together, gave them a detailed understanding of the rules (granted, you’d need a week just for this), and sent them out onto the field, I’m willing to be the standard wouldn’ t be great. Hell, look at how Karmichael Hunt and Israel Folau’s code-switches went.

A significant amount of the current playing group are playing and training part-time around other jobs, have shifted from another code to fulfill a lifelong dream, and are finding their feet on the public stage.

The benefit of this? We’re starting to see the first signs of new players who have spent their childhoods seeing a future in footy as a viable sporting path, and their skills are undoubtedly awesome.

A great example is Western Bulldogs youngster Rylie Wilcox: I’d argue there are a decent number of elite-level men’s footy players who wouldn’t be able to pull off a goal like this one.

Another oft-repeated criticism is the lower scores, which a) well yeah, they’re playing with substantially shorter quarters and the men had lower scores too in a similar situation in the COVID-hit 2020; and b) falsely equates a great game and contest with high scoring.

It’s true of the AFLM as well (if you’re annoyed by me writing AFLM, it’s really important to me that you know how fine I am with this) that we seem to equate high-scoring footy with good footy. There are a lot of ways a game can be great, and they don’t always or even regularly revolve around huge amounts of goals.

Which brings me nicely to my last point: because sport means so much more than seeing an incredible bunch of athletes do things you know you’d never be able to do yourself.

The Socceroos are, by international standards, a bad football team. As are the Wallabies at the moment. There have been times when the Australian men’s cricket team hasn’t known which end of the bat to hold. My Western Bulldogs have two premierships in nearly 100 years.

But when the World Cup starts this year, many of us are going to go full nuffy for the Aussies over in Qatar; same for the Rugby World Cup, or the Ashes next year.

Most of us wouldn’t give a fig if our team scored only two goals in an AFLM game if they won by a point; why should it be any different for the women’s game?

I think my point, at the end of the day, is this: if you don’t like women’s footy, fine, nobody is stopping you from turning the TV off, or walking out of the ground and never looking back, or muting Twitter .

But any chance you could keep it to yourself next time, Steve?