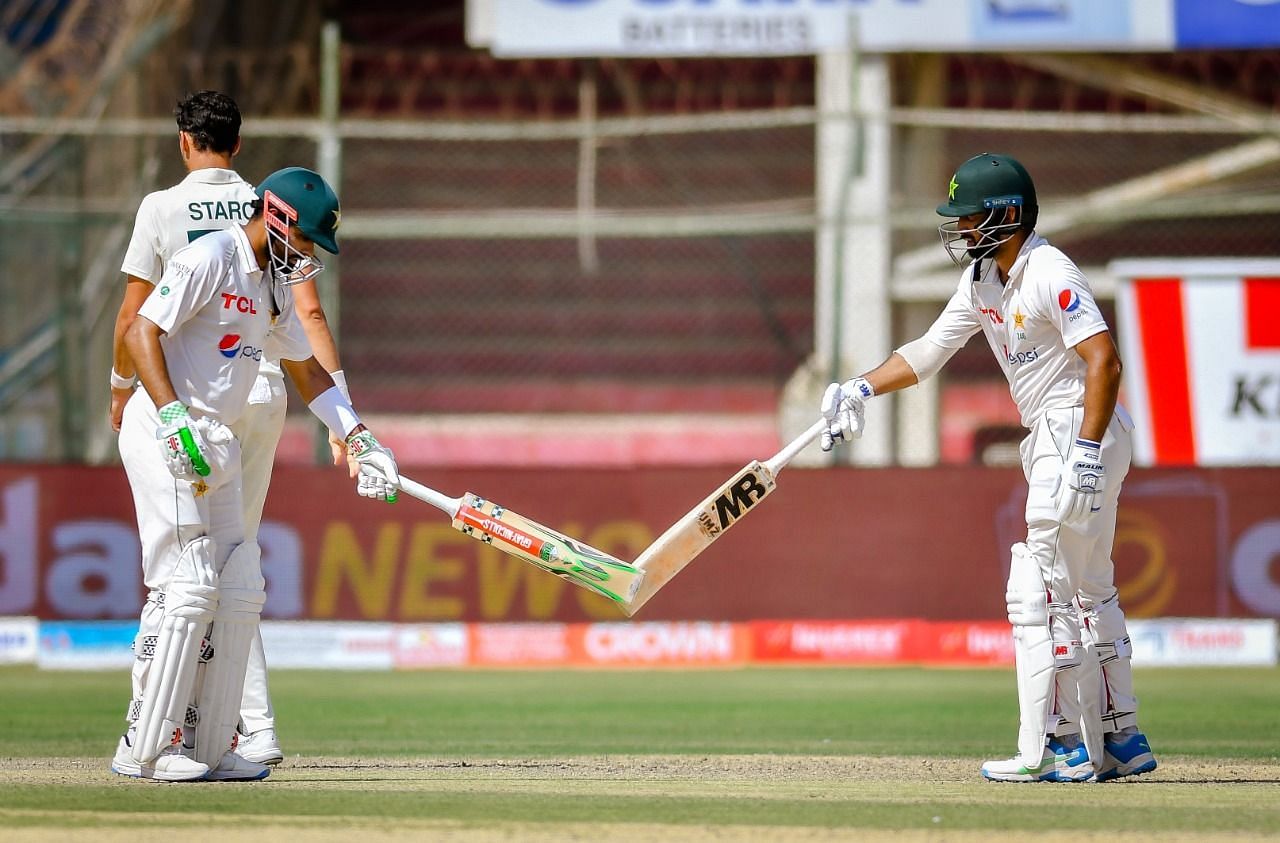 Pakistan skipper Babar Azam reflected on their improved showing on day four of the second Test against Australia in Karachi, saying his partnership with Abdullah Shafique was pivotal. Shafique’s patient knock impressed the right-handed batter as they fought back with an unbroken 171-run stand.

Azam came to bat when Pakistan found themselves at 21-2, chasing an improbable 506. He joined hands with Abdullah Shafique as the pair survived through to stumps, leaving the hosts with 314 more to win on day five. Meanwhile, the skipper reached his sixth Test hundred during the closing stages of day four.

In a video uploaded by Pakistan cricket’s official Twitter handle, Azam said the partnership was critical after losing two early wickets and they planned to take it deep. He lauded Shafique for his grittiness against Australia’s bowling attack, who didn’t give away any easy runs.

“I want to thank Allah and the team needed it as our openers were back in the shed early in the innings. We required a partnership. Abdullah and I spoke about taking it as deep as possible and the way Abdullah showed patience, playing a quality knock, it wasn’t that easy against a top-notch bowling attack. They weren’t giving away easy runs; hence, it needed patience and he showed it. It was outstanding.”

The 27-year old acknowledged the happiness he gets from seeing a young player flourish against a quality side and hopes to see more of it.

“You try your level best to back the entire team, especially any player who is down. Ups and downs happen; however, if the team is united, it creates a good atmosphere. Abdullah has played an outstanding knock and it’s delightful to see a youngster performing against a quality side. Hopefully, everyone will keep delivering good performances and continue it on the final day.”

Shafique, who remains unbeaten on 71, got a lifeline on 20 when Steve Smith dropped a catch at slip. The right-handed batter also survived a run-out chance on 33.

The skipper also revealed that the crowd in Karachi is always good as he gets the same support when playing for Karachi Kings in the PSL. The right-handed batter said:

“Karachi’s crowd is always very good and supports the home team. Even when I play for Karachi Kings in the PSL, they shower me with love. I thank you for all your support and I request you to keep backing us.”

STUMPS: A wonderful century from Babar Azam but Pakistan are still more than 300 away from the victory target #PAKvAUS

STUMPS: A wonderful century from Babar Azam but Pakistan are still more than 300 away from the victory target #PAKvAUS

The 27-year old will summarize on 102 on day five as Pakistan aim to register a record run-chase.