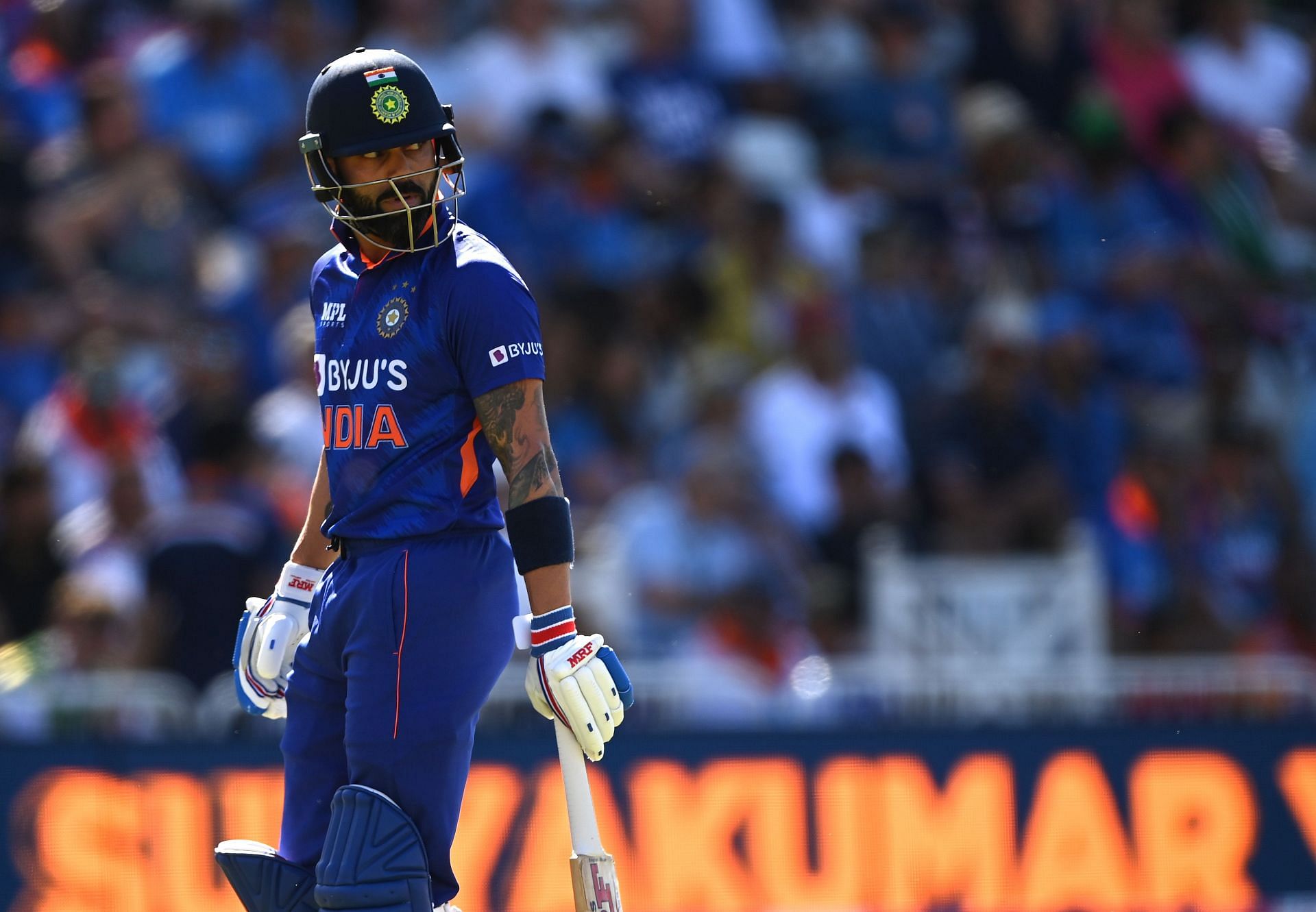 Virat Kohli’s childhood coach Rajkumar Sharma has disclosed that his pupil having played limited T20I cricket this year is a slight concern.

Kohli has played just four T20Is in 2022 and opted out of Team India’s limited-overs tours of the West Indies and Zimbabwe. He is back in the Indian squad for the upcoming Asia Cup 2022 and will hope to be at the top of his game.

During a discussion on India News Sports, Sharma was asked how challenging it would be for Virat Kohli considering that he has hardly played any T20I cricket this year and is expected to follow Team India’s aggressive batting template. He replied:

“There is a slight concern that he has not played too many T20 matches. But I am not at all worried because he is preparing very well. He is extremely positive and is coming back refreshed. So it is not a matter of too much concern .”

He is a big player, he knows how he has to score runs, and at which strike rate he has to bat. The Indian team’s template has definitely changed, but everyone has seen Virat’s adaptability, he adapts according to the team’s requirements and will do so going forward as well.

Kohli tried to bat aggressively right from the outset during the T20I series against England. He was not very successful as he managed just 12 runs across his two outings in that series.

Sharma was further asked if Virat Kohli is working on converting his starts into substantial efforts. He replied:

“He is a thinking and cricketer. We all know that his conversion used to be very good but, unfortunately, lately he has either got an unplayable ball while batting well or there is a slight lapse of concentration and his first mistake becomes his last .”

Sharma concluded by stating that the modern batting great knows how to rectify his mistakes, elaborating:

“He is a player who doesn’t get too many chances. I believe he knows where he is committing mistakes and how to rectify them. Everyone knows no one used to convert their starts better than him but that has not happened lately, so he knows very well what his role is and how he needs to solve this problem.”

Virat Kohli has started the practice for Asia Cup at BKC Complex, Mumbai.

Virat Kohli has started the practice for Asia Cup at BKC Complex, Mumbai.

Kohli is reportedly working with Sanjay Bangar at the Bandra Kundra Complex in Mumbai. The former Indian batting coach and current Royal Challengers Bangalore head coach understands the 33-year-old’s game and has frequently worked with him to resolve his technical glitches.

Q. Will Virat Kohli score a fifty in the Asia Cup opener against Pakistan?