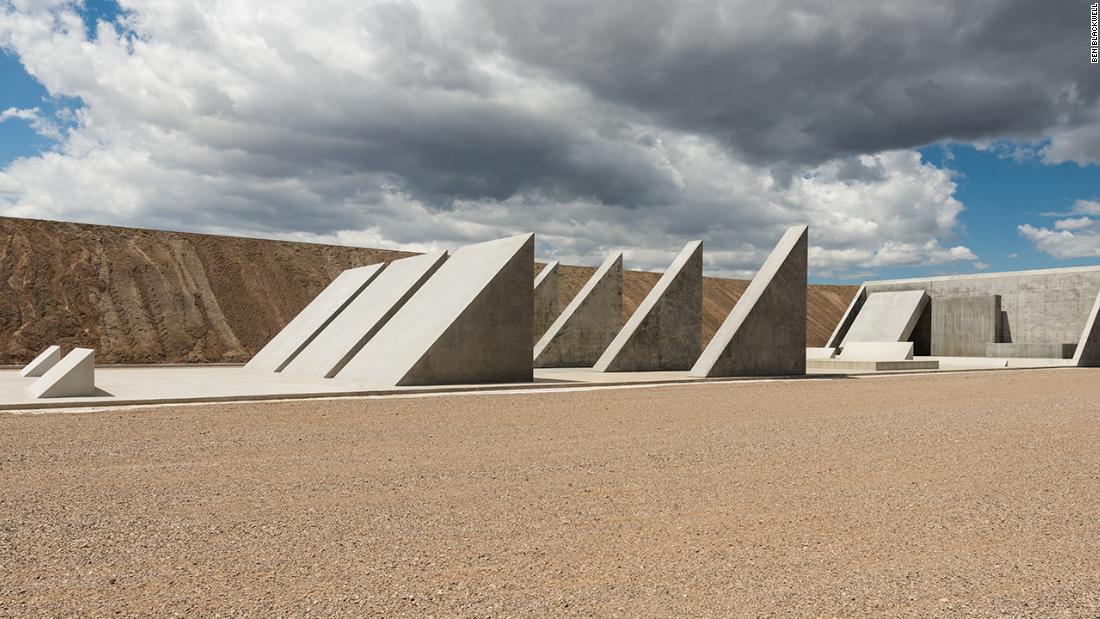 This article was originally published by The Art Newspaper, an editorial partner of CNN Style.

“City,” a vast complex of outdoor structures and landmasses the land artist Michael Heizer began constructing in the desert of Nevada in 1970, will finally begin welcoming public visitors next month. The site’s opening on September 2, more than 50 years after work at the site began, marks the fulfillment of Heizer’s most ambitious and career-defining project.

“City” has been described as quite possibly the largest contemporary artwork on the planet, stretching more than a mile and a half long and half a mile wide, evoking the scale of ancient sites like Native American mounds, Mesoamerican metropolises and Egyptian devotional complexes. It is situated in the remote Basin and Range National Monument in central eastern Nevada, within the ancestral lands of the Nuwu (Southern Paiute) and Newe (Western Shoshoni), around 160 miles north of Las Vegas.

For the first year of public accessibility, only a limited number of visitors will be admitted, with mandatory advanced registration.

“City” has been described as possibly the largest work of contemporary art in the world. Credit: Ben Blackwell

Initially funded by Heizer himself, construction of “City” eventually received the support of many influential collectors, institutions and dealers via the formation in 1998 of the Triple Aught Foundation, which will manage and preserve the site for years to come. The foundation — whose board includes Heizer himself, Los Angeles County Museum of Art director and chief executive Michael Govan, Museum of Modern Art director Glenn D. Lowry, collector and Glenstone co-founder Emily Wei Rales and Gagosian senior director Kara Vander Weg – – has established an endowment for City with almost $30 million in initial funding.

“Over the years I would sometimes compare Michael Heizer’s ‘City’ project to some of the most important ancient monuments and cities,” Govan says in a statement. “But now I only compare it to itself. It’s an artwork aware of our primal impulses to build and organize space, but it incorporates our modernity, our awareness of and reflection upon the subjectivity of our human experience of time and space as well as the many stories of civilizations we have built.”

The path to building “City” has never been a simple one, involving the shaping of enormous mounds of dirt, moving of rocks and construction of enormous concrete structures. That process has at times been further complicated by external factors. In 2014 and 2015, amid fears that Basin and Range might be shrunk, potentially allowing for disruptive development near the “City” site, a coalition of museum leaders and the late Nevada senator Harry Reid fought for the area’s protection through a public petition and legislation introduced to Congress. And in 2017, as the Trump administration moved to open previously protected lands to resource extraction, some were concerned that Heizer’s project would be among the imperiled sites.

Perhaps in response to such threats, Heizer envisions “City” as a project that will harden well beyond the lifespans of even the most treasured and tough contemporary art.

“My good friend Richard Serra is building out of military-grade steel,” he said in a 2016 New Yorker profile about the project, discussing the American sculptor’s large-scale site-specific works. “That stuff will all get melted down. Why do I think that? Incans, Olmecs, Aztecs — their finest works of art were all pillaged, razed, broken apart and their gold was melted down. When they come out here to f* *k my ‘City’ sculpture up, they’ll realize it takes more energy to wreck it than it’s worth.”
Read more stories from The Art Newspaper here.