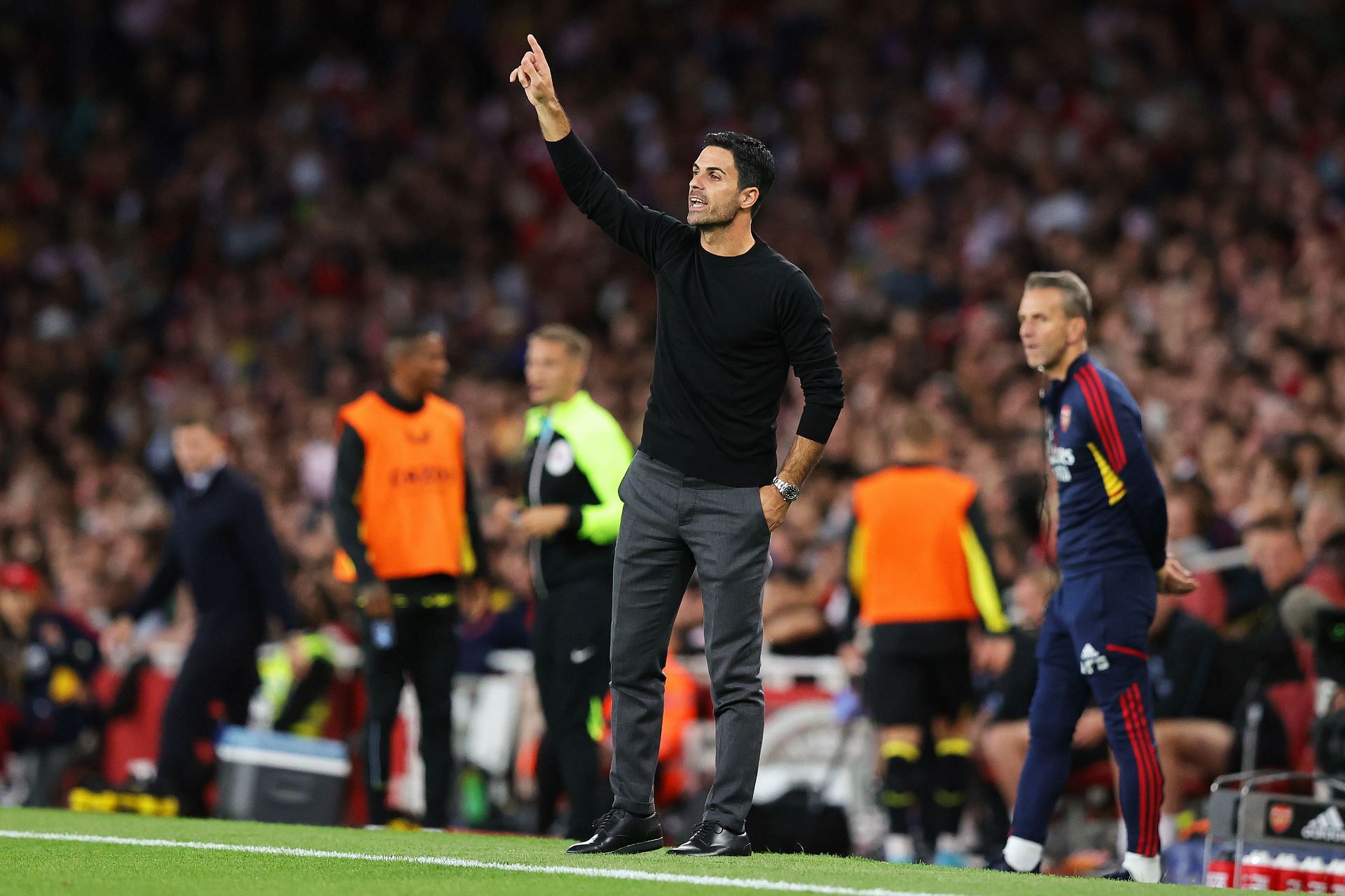 Arsenal will not be in action this weekend after their game against Everton was postponed due to the sad demise of Her Majesty Queen Elizabeth II.

Mikel Arteta’s wards lost their previous league game against Manchester United but returned to winning ways in midweek against FC Zurich in the UEFA Europa League.

We can confirm that our @PremierLeague and @BarclaysWSL games this weekend have been postponed following the passing of Her Majesty The Queen.

Thank you for your support and understanding

We can confirm that our @PremierLeague and @BarclaysWSL games this weekend have been postponed following the passing of Her Majesty The Queen.Thank you for your support and understanding ❤️

Meanwhile, journalist Paul Brown believes an Aston Villa midfielder would have been a game changer for the Gunners this season. Elsewhere, Ferran Torres has brushed off rumors linking him with an exit from Barcelona.

On that note, here’s a look at the key Arsenal transfer stories as on September 10, 2022:

Aston Villa midfielder would have been game changer for Arsenal, says Paul Brown

Douglas Luiz could have been a game changer for Arsenal, according to Paul Brown. The Brazilian midfielder was a subject of a late bid from the north London side on transfer deadline day this summer. However, Aston Villa refused to let him go.

Speaking to Give Me Sport, Brown said that the Gunners lack a deep-lying midfielder in their team at the moment.

“Probably the one profile of player that Arsenal don’t really have is a deep-lying midfielder who can spray the ball around, dictate the tempo and give them a slightly different option in there to what they have at the moment in Xhaka, Lokonga and Partey,” said Brown.

Brown added that most of the midfielders at the Emirates are quite similar to each other.

“All of those players are quite similar. Lakonga gives them a little bit more passing range and attacking threat, but he isn’t in the same class as some of the people that Arsenal looked at. I think if they’d been able to get a player like Luiz over the line, it could have been a game changer for them,” said Brown.

Mikel Arteta could reignite his interest in Luiz in January.

Ferran Torres has no interest in leaving Barcelona at the moment. The Spaniard joined the Blaugrana in January this year and was a first team regular in the second half of last season. However, he has dropped the pecking order this season since the arrival of Robert Lewandowski and Raphinha.

Arsenal were reportedly keen on his services this summer and could return for him in the winter. However, speaking recently, as cited by 90 Min, Torres welcomed the competition for places at Barcelona and said he’s not thinking of leaving.

“An exit? I have just arrived at Barça! It’s a pride that a player like this (Lewandowski) is here; we already know him, and we know what kind of player he is. There have been other signings; we are fighting to make a competitive team, which is what Baraa deserves,” said Torres.

Torres has one goal from four appearances this season.

Brazil national team manager Tite played down Gabriel Jesus’ omission from the squad for the upcoming friendlies against Ghana and Tunisia. The Arsenal striker is a notable absentee from the squad, despite a stellar start to the new season.

Tite praised Gabriel Jesus and said this is just a moment to give opportunities to other attackers.

Tite praised Gabriel Jesus and said this is just a moment to give opportunities to other attackers.

Speaking to the press, Tite said that he’s using the opportunity to look at other players.

“Gabriel Jesus, specifically, is having a great time and in contention. Absolutely, yes. These call-ups serve opportunities for others, as well as others in this same context. Regarding the number of attackers, football is creation and scoring, and defensive solidity. If you run away from these characteristics, you will lose,” said Tite.

“This balance point is very difficult in a team, and we are looking for it. This number of attackers will not be determined. Athletes’ versatility is an important part.”

Jesus has hit the ground running since arriving at the Emirates this summer and has scored three goals from seven games so far. Meanwhile, Gabriel Magalhaes and Gabriel Martinelli are also notable absentees in Tite’s Brazil squad.