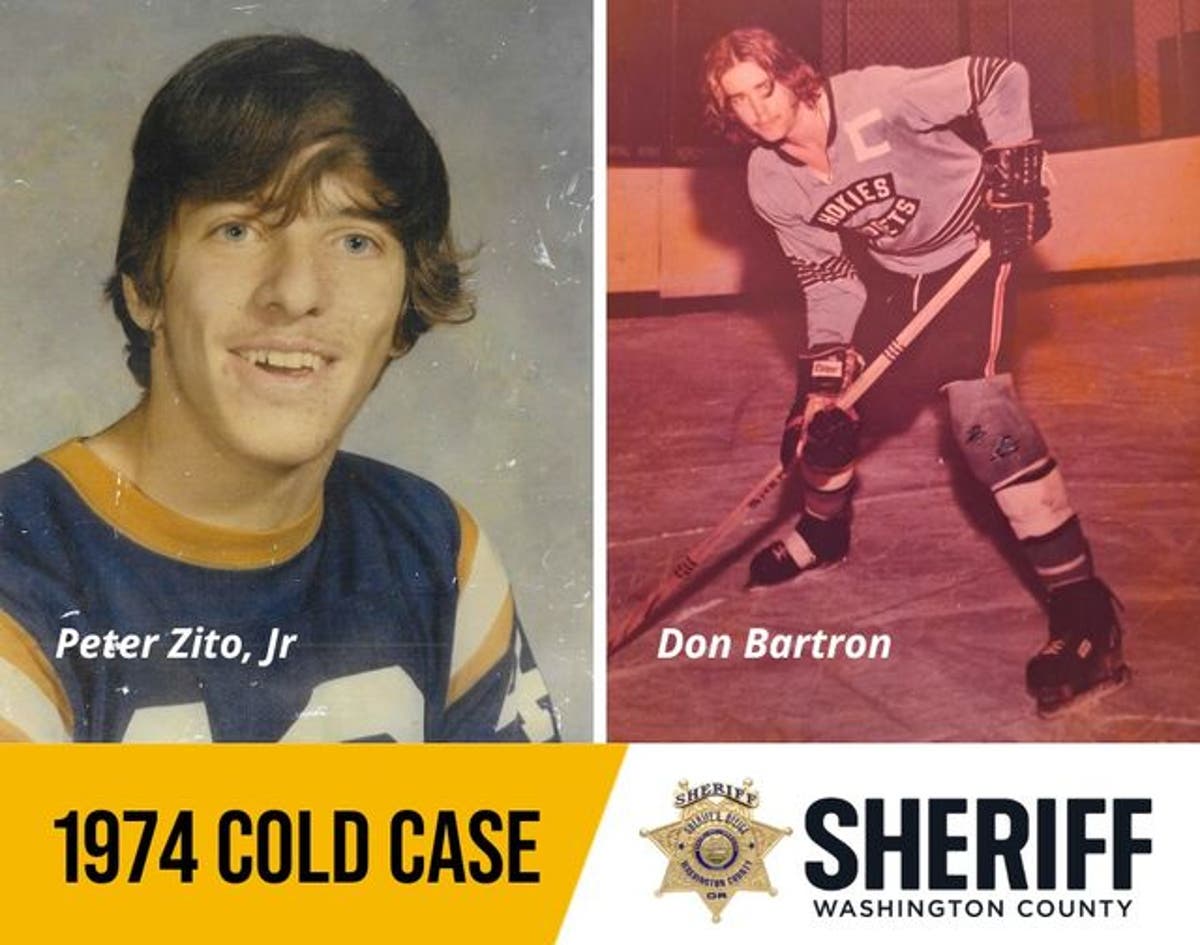 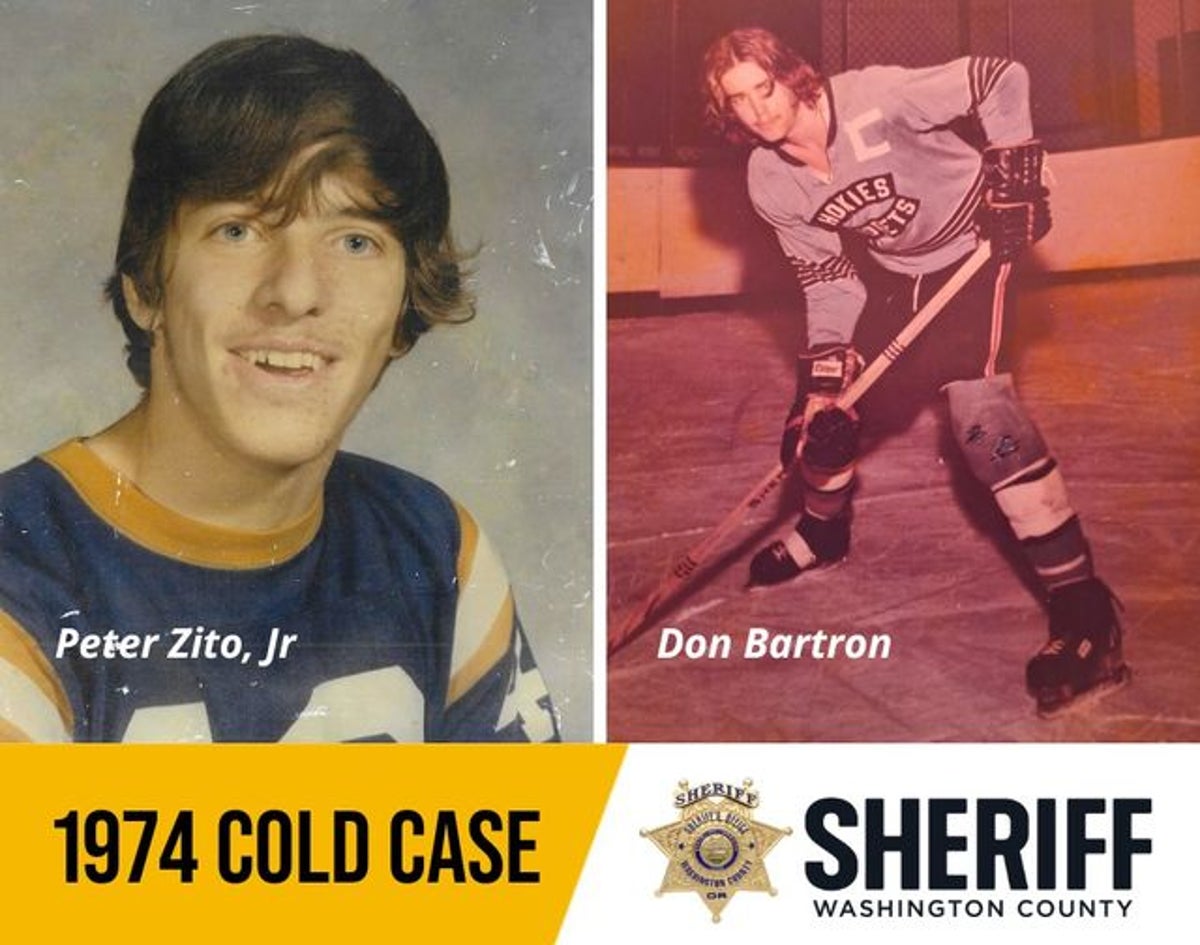 Almost fifty years after two high school students were murdered in Oregon, police were able to identify and arrest a suspect based on evidence from another killing.

Steven Paul Criss, 65, is charged with murdering 18-year-old Peter Zito and 16-year-old Donald Bartron in 1974, according to The Oregonian.

On 3 October 1974, teenagers Donald and Peter were murdered in the parking lot of the Oak Hills Recreation Center. Both were killed with a .22-caliber gun. The two students from Aloha High School in Beaverton, Oregon, had both been shot multiple times in the head.

Their bodies were spotted just after 4am by a newspaper delivery driver. Peter was found on the ground near the driver’s door of a 1956 Oldsmobile. Donald was found slumped over the engine of the car, on which he had been working.

On 2 November 2022, just over 48 years later, detectives arrested Criss near his home in Aloha.

Violent Crimes Unit detectives also handle cold case investigations and, over the past several months, had developed multiple new leads in this case.

According to a statement given to The Oregonianthe Washington County Sheriff’s Office ballistic evidence matched that of a gun Criss used in a 1976 murder he committed while he served in the army.

The Bureau of Alcohol, Tobacco, Firearms and Explosives (ATF) reported this is the oldest known comparison and match on a prosecutable case. The Oregon State Police Crime Lab was able to confirm that match.

Criss, aged 17 in 1974, was identified as a potential suspect shortly after the murders, having worked at a restaurant with Donald. There was an unspecified encounter between the three there earlier in the evening of the shooting, according to the police.

The gun was returned to Criss after the theft case was concluded. At the time, no ballistic match could be made between that gun and the murders in Oak Hills.

Criss joined the US Army and was assigned to Fort Lewis in Washington. On 8 October 1976, he used that same gun to murder his commanding officer, Sergeant Jacob “Kim” Brown.

“Criss had damaged Brown’s car and owed him a few hundred dollars. Instead of paying his debt, he shot Sgt Brown five times in the head,” Detective Mark Povolny told a press conference on Friday.

Investigations were carried out first by the Pierce County Sheriff’s Department and then by the Department of the Army Criminal Investigation Division (CID).

Criss ultimately pleaded guilty and was sentenced to 35 years in Fort Leavenworth, although he was paroled and released in 1988.

It wasn’t until 2022 that cold case detectives submitted ballistic evidence to the ATF, which reported a presumptive match between evidence from the 1976 murder in Washington and the 1974 murders in Oak Hills.

The Sheriff’s Office notified the families of both victims and in a statement said there is recognition of their unwavering devotion to seeking justice for their loved ones.

Multiple agencies assisted in the investigation, including the Oregon State Crime Lab, the Pierce County Sheriff’s Department, the ATF, and the CID.

The Washington County Sheriff’s Office also wishes to formally apologise to the relatives of Joseph Amir Wilson, who was arrested and charged with the murders just 12 hours after they occurred.

Although the charges against Mr Wilson, then a student at nearby Lincoln High School, were dropped in January 1975, he had spent four months in jail for a crime of which he was innocent.

Mr Wilson had been assaulted by someone at the recreation center a few hours before the killings and detectives believed there was a possibility he wanted to “get even”, Det Povolny explained to the media.

“They suspected Wilson wanted to get even with the person who beat him up and his brother, but instead killed Donny and Pete in a case of mistaken identity,” Det Povolny said.

The Oregonian reports that Detectives at the time said Mr Wilson was in the area of ​​the shootings that night and couldn’t account for his time until after he had taken a taxi home.

However, Mr Wilson denied any involvement and there was no physical evidence to connect him to the shootings.

“His hands were subjected to a trace metal detection analysis and a neutron activation test to determine whether he recently fired a weapon. Both tests were negative,” The Oregonian reported in January 1975.

He passed away from a heart attack in 2000 and authorities have yet to identify any surviving family members to whom an apology can be made.

Despite the arrest of Mr Wilson, Detective Jim Welch did not believe he was responsible for the killings and continues to investigate. That investigation documented and preserved vital evidence that led to the case being solved decades later.

Ballistics analysis has become much more sophisticated with methods such as 3D imaging now prevalent.

Investigators are still keen to speak with anyone who has information regarding the murders or knows about Criss’s activities since his release from prison in 1988.

Detectives are looking into whether Criss is also responsible for any other murders.