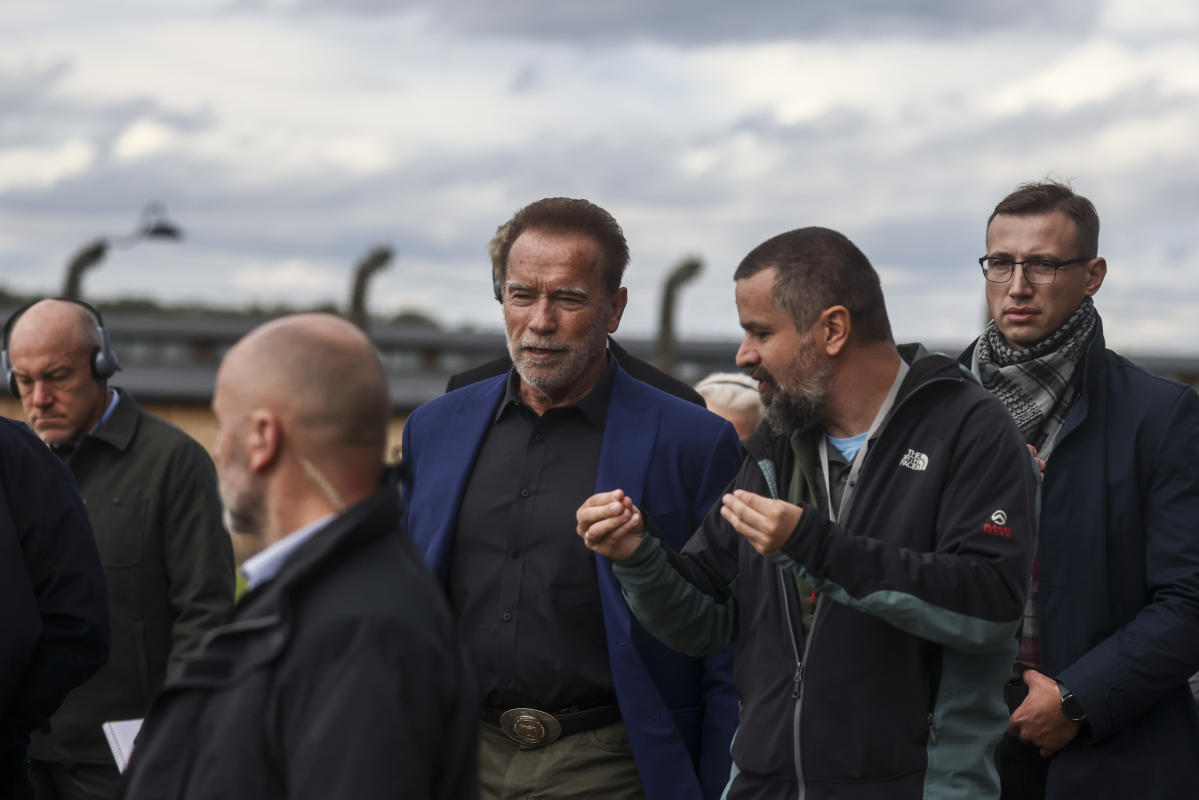 Arnold Schwarzenegger visited Auschwitz where he said it’s time to “terminate” hatred. While the message is surely one people can get behind, some seemed to be more interested in how he signed the guestbook.

Schwarzenegger, who received the inaugural Award for Fighting Hatred from the Auschwitz Jewish Center Foundation earlier this year, gave a speech alongside chairman Simon Bergson on Wednesday as a symbol of how generations can change. Both Schwarzenegger and Bergson were born in Austria, the latter born after the war as his parents survived the Auschwitz Nazi death camp.

“And one generation later, here we are. We’re almost the same age. We both are good looking,” the former governor of California said, which drew laughs from the spectators. “And we have one thing in common that we both fight prejudice and hatred and discrimination… this is what unites us here today.”

Bergson added: “Arnold and I are living proof that within one generation hatred can be shifted entirely. Governor, thank you for joining us here today.”

Historians estimate that around 1.1 million people died in Auschwitz in less than five years the camp existed.

Schwarzenegger toured the site in southern Poland, including barracks and gas chambers where the atrocities committed by Nazi soldiers occurred. He also met with a woman who, at the age of 3, was subjected to doctor experiments by the notorious Nazi Josef Mengele.

“This is a story that has to stay alive, this is a story that we have to tell over and over again,” Schwarzenegger declared as he urged people to pay attention to how hate spreads. This marked the 75-year-old actor’s first visit to Auschwitz and he vowed that it wo n’t be his dele last dele — although how he phrased that, exactly, offended some people online.

While signing the Auschwitz Museum guestbook, Schwarzenegger referenced his iconic line from terminator, writing, “I’ll be back.” The official Twitter account for the museum shared the action star’s note, then subsequently followed that tweet up with an explanation for the message.

“This visit was planned to be relatively short. The inscription was meant to be a promise to return for another and more in-depth visit,” the tweet read.

Earlier this year, Schwarzenegger invoked his father’s story in a plea to Russia to end its unprovoked Ukraine invasion.

“When my father arrived in Leningrad, he was all pumped up on the lies of his government, and when he left Leningrad, he was broken, physically and mentally,” Schwarzenegger said in March. “He lived the rest of his life in pain. Pain from a broken back, pain from the shrapnel that always reminded him of these terrible years. And pain from the guilt that he felt.”