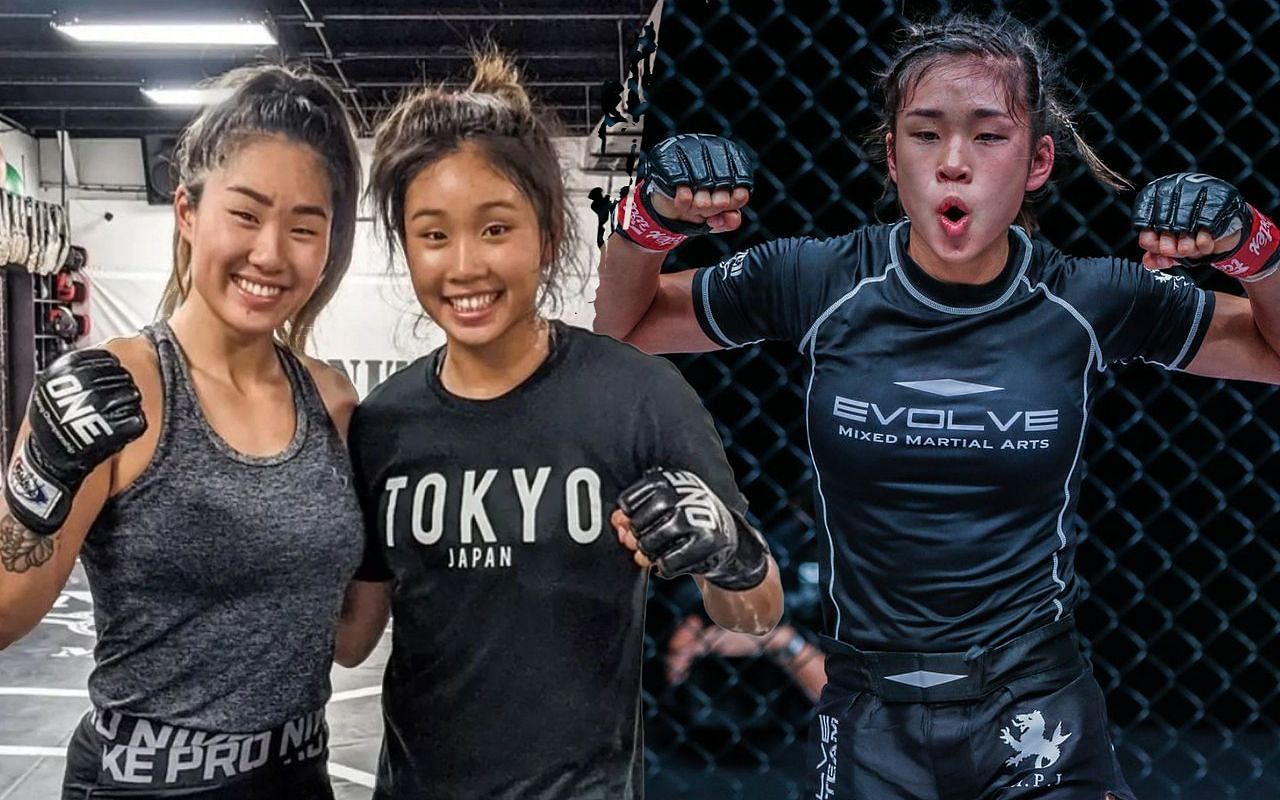 ONE women’s atomweight world champion Angela Lee believes that her younger sister, Victoria Lee, will one day surpass all her achievements inside the circle.

While replicating Angela Lee’s path to success will be a tall order for anyone, ‘Unstoppable’ thinks the 18-year-old MMA prodigy already possesses the right tools to become a champion in the near future.

The 26-year-old Singaporean-American gleefully told ‘Big Brown’ about the next great fighter from the Lee household:

“she [Victoria] just turned 18, just graduated in May… graduated in high school. She’s fought 3 times already as a professional MMA fighter and that was before she turned 18.”

Martial arts is practically in Victoria Lee’s blood. She grew up around the sport and watched her older siblings, Christian and Angela, become the first brother-and-sister pair of MMA world champions.

As her moniker suggests, Victoria is a ‘Prodigy’, whose training is vigilantly observed by her parents Ken and Jewelz Lee.

Much like Angela, Victoria is already well-rounded in all aspects of MMA and can hold her own against Angela and Christian in training.

“I want her to do whatever is her passion and she’s so talented, she’s smarter than the rest of us. She she’s got the brains. Honestly, her style is different. She it’s like a combination of me and Christian.”

“Like when my dad started teaching us, he taught all of us growing up…but the fact that she also has Christian and I as coaches and mentors to help her, she gets the best of everything. So yeah, she’s going [to be] better than me.”

Check out Angela Lee and Rich Franklin’s full interview with Brendan Schaub below:

ONE fans have not seen a lot of Victoria Lee so far. Rich Franklin, however, already loves what he sees from the United MMA product.

‘Ace’ boldly claimed that the young Victoria could break Angela Lee’s record of being the youngest world champion in MMA history.

Angela Lee shocked the MMA world back in 2016 when she defeated Mei Yamaguchi for the ONE women’s atomweight world championship at just 19-years-old.

“Angela’s youngest title record may actually get broken by her own sister. She she’s good.”

Victoria Lee still has ways to go before being in the same conversation as Angela Lee. Then again, she’s already off to a promising start. The Hawaiin has a 100 percent finishing rate in her young MMA career so far.

She made her ONE debut aged 17 last year wherein she submitted Sunisa Srisen with a rear-naked choke in less than two rounds. Lee proved that her initial win dela was no fluke, forcing Wang Luping to tap with an armbar in her next outing.

Her elite ground game was once again on full display against Victoria Souza at ONE: Revolution last September She hammered the Brazilian with punches and elbows for a ground-and-pound finish.

“It’s cool watching the two of them because they are like shadows of each other just watching them train.”