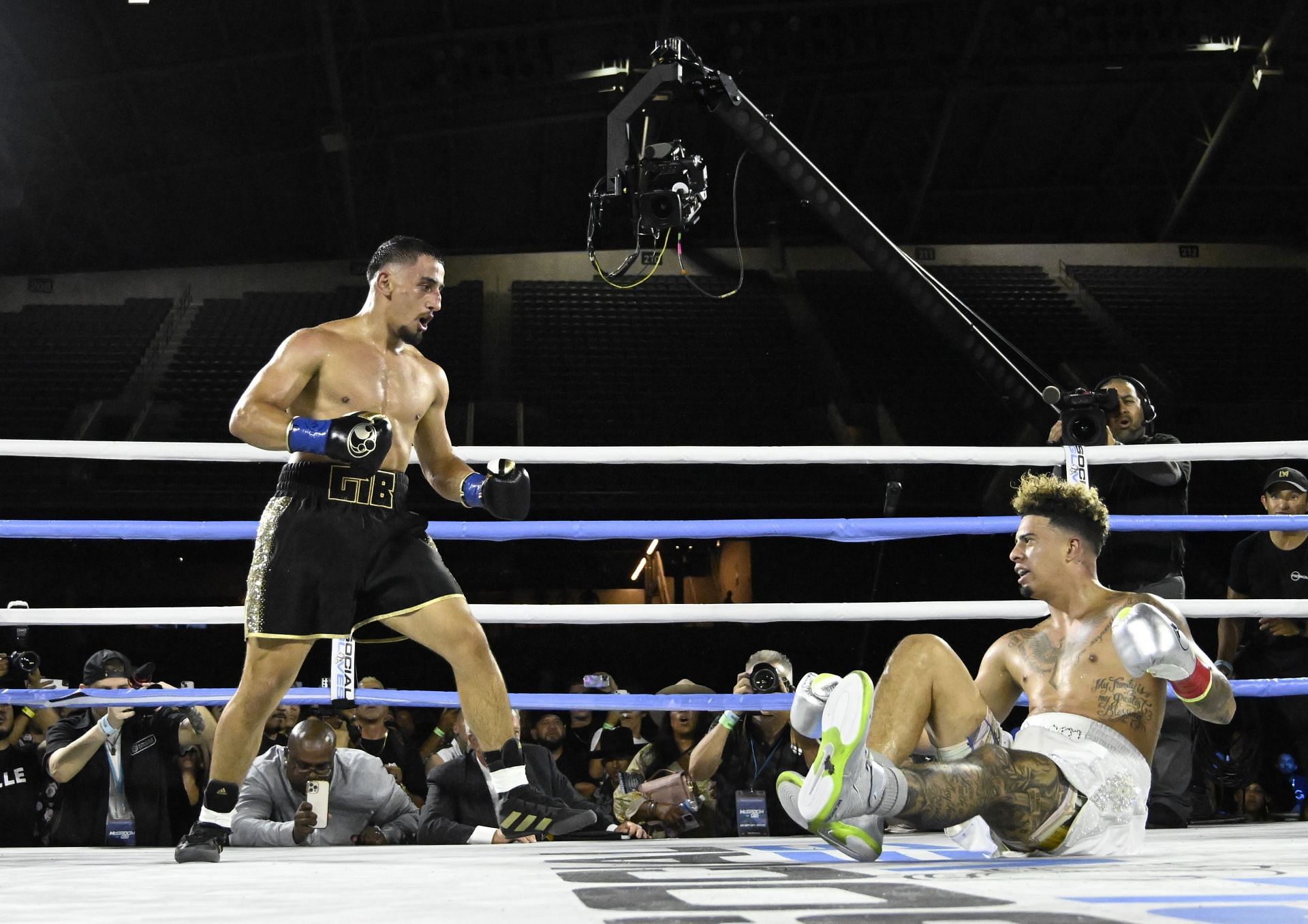 AnEsonGib upset the odds by beating Austin McBroom in emphatic fashion via a fourth-round knockout. The two took their rivalry to center stage at the Banc of California stadium in Los Angeles last night.

Going into the fight, Austin McBroom was backed by many to get the job done rather easily. However, the bout turned out to be exactly the opposite. The fight kicked off with McBroom on the front foot as he looked to establish his dominance by dropping ‘Gib’ in the first round.

However, McBroom was not able to capitalize on that and ‘Seven Figure Gibber’ slowly gained his momentum. The latter took control of the fight in the third round and ended up dropping McBroom twice.

The fourth round started off exactly how the third ended and AnEsonGib was able to quickly secure the third and fourth knockdowns of the fight before knocking McBroom out cold.

While Austin McBroom showed incredible heart by getting up from four knockdowns, the fight was all about AnEsonGib. An incredible come-from-behind victory for ‘Gib’ has put him right back in the conversation of being one of the best influencer-boxers at the moment.

With that said, regarding the main event, the event saw several other knockout victories as well. A bout between the former NFL players also ended with a knockout as Le’Veon Bell knocked out Adrian Peterson in the fifth round. Take a look at the full card results below.

AnEson Gib def. Austin McBroom via KO in Round 4

Nick Young vs. Minikon ends in no decision

Le’Veon Bell def. Adrian Peterson via KO in Round 5

Cody Wharton vs. Chase Demoor ends in no decision

Abimbola Osundairo def. Marco Deckmann via KO in Round 6

Luis Schwenke and Jay Silva ends in a majority draw

Mathias Radcliffe def. Trenton Gibson via TKO in Round 1

Jerry Bradford def. Darynn Leyva via TKO in Round 2.