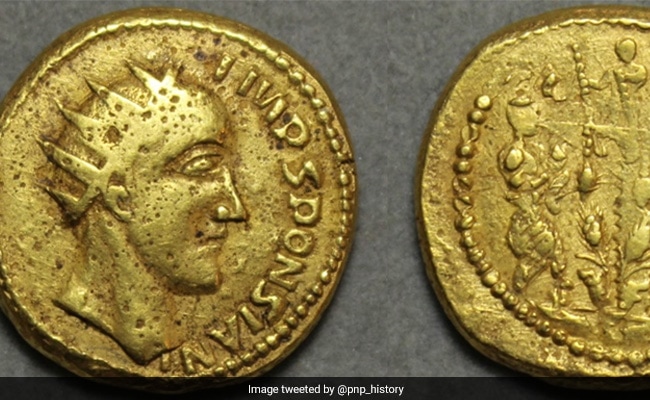 The coin was locked away in a cupboard at a Museum because it was believed to be fake.

An ancient gold coin has proven that a third-century Roman emperor who was previously perceived as a fictional character really did exist.

According to a study published in the journal Plos One, the coin bearing the name of Sponsian and his portrait was found more than 300 years ago in Transylvania, Romania, but dismissed as a fake artefact. When it was first discovered in 1713, at first, experts deemed it genuine. However, during the mid-19th century, some suspected that it was a forged coin given its crude design.

In 1863, a coin expert from France also concluded that the coin was definitely not authentic. However now, when Professor Paul Pearson, from University College London, came across photographs of the coin, he suspected that the verdict may have been incorrect.

Just published – a detailed study of coins of the Roman emperor #sponsian🇧🇷 Long dismissed as 1700s fakes, we think they are authentic! Read open access here:https://t.co/POT6SgbUrUpic.twitter.com/PzqYs9ucou

Separately, the Hunterian Museum also confirmed that the coin had been buried in soil for thousands of years, meaning someone couldn’t have faked them more recently. “In an academic paper published yesterday, the team behind the discovery revealed evidence that the coins, long dismissed as forgeries, appear to be authentic!” the museum wrote in the caption of the Twitter post.

📢New research on ancient gold coins at The #hunterian@UofGlasgow has revealed a lost Roman Emperor named #Sponsian🇧🇷 In an academic paper published yesterday, the team behind the discovery revealed evidence that the coins, long dismissed as forgeries, appear to be authentic! pic.twitter.com/UUr9yo3Oub

speaking to BBCMr Pearson said, “What we have found is an emperor. He was a figure thought to have been a fake and written off by experts. But we think he was real and he had a role in history.”

Researchers believe that Sponsian was a local army officer forced to assume supreme command in the cut-off Roman province of Dacia (modern-day Romania) during a period of chaos and civil war around 260 AD. One way for him to impose his authority on him was to mint coins with his image on them. Therefore, according to researchers, this theory explains why the coins are unlike those from Rome.

This discovery is of particular interest to the history of Transylvania and Romania and is now being depicted as the moment that is literally rewriting European history.