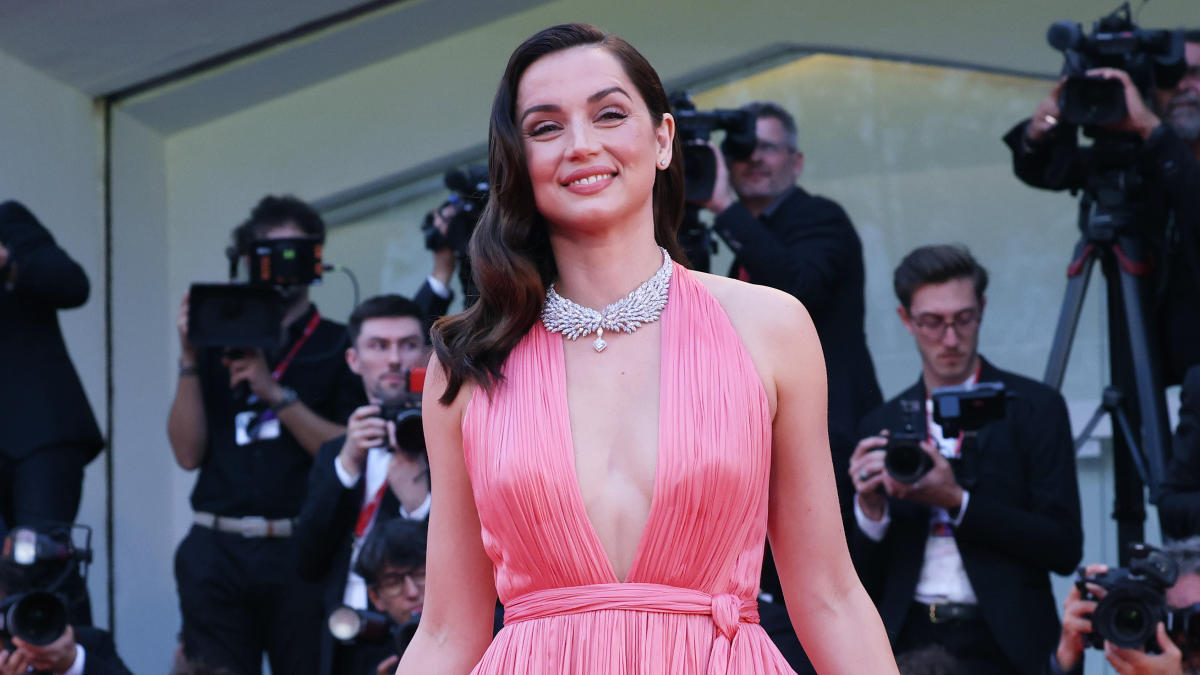 Andrew Dominik’s “Blonde” debuted to a massive 14-minute long standing ovation during its world premiere at the 2022 Venice Film Festival. Ana de Armas, who plays Marilyn Monroe, was in tears at the screening, her face glowing as tears streamed down.

The biographical drama, based on the novel of the same name by Joyce Carol O is one of the most anticipated titles of the festival due to de Armas’ casting as the Hollywood icon.

Co-star Adrien Brody also shed a few tears. Brad Pitt, who is one of the producers, was on the red carpet with de Armas.

“Blonde” reimagines the life of Monroe, from her volatile childhood as Norma Jeane through her rise to stardom. The supporting cast includes Bobby Cannavale, Adrien Brody, Julianne Nicholson, Xavier Samuel and Evan Williams. The film debuted in competition at the Venice Film Festival.

Ahead of its world premiere, “Blonde” earned some blowback from moviegoers on social media due to de Armas’ casting. Viewers were critical of de Armas’ accent in the film after an official trailer was released at the end of July. The majority of complaints about de Armas’ casting noted that she maintained her Cuban accent and did not channel Monroe’s breathy vocals. The official Marilyn Monroe Estate defended Armas’ casting of her despite her not being involved in the making of the film.

“Marilyn Monroe is a unique Hollywood and pop culture icon that transcends generations and history,” said Marc Rosen, president of entertainment at Authentic Brands Group (ABG), which owns the Marilyn Monroe Estate. “Any actor that steps into that role knows they have big shoes to fill. Based on the trailer alone, it looks like Ana was a great casting choice as she captures Marilyn’s glamour, humanity and vulnerability. We can’t wait to see the film in its entirety!”

De Armas previously told The Times of London that she spent nearly an entire year working on her Monroe accent for “Blonde” before filming started. The actor said, “It took me nine months of dialect coaching, and practicing and some ADR sessions [to get the accent right]. It was a big torture, so exhausting. My brain was fried.”