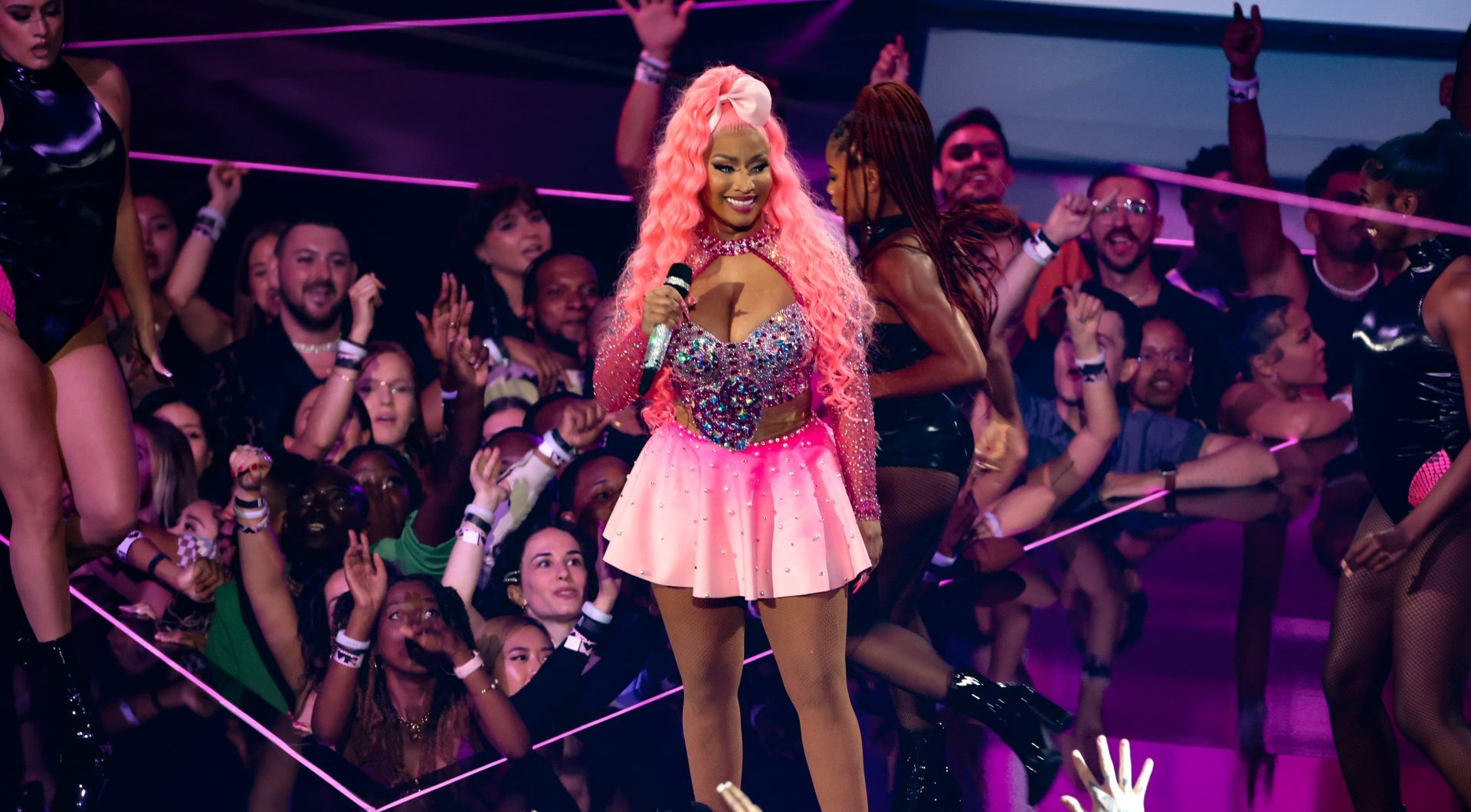 Nicki Minaj might have a chokehold on her fans, especially if someone was willing to dish out thousands for an item she allegedly wore!

Earlier this week, screenshots of an eBay bid for a press-on nail went viral. The seller (@taw1678) claimed the acrylic claw was once her Nicki’s property. According to the listing’s description, @taw1678 secured the press-on nail at MTV’s 2022 Video Music Awards.

“I was front row in the pit at the VMAs and Nicki’s acrylic nail fell off moments before she started to perform (her crew quickly glued on a replacement). This nail was WORN by THE QUEEN NICKI!!,” the item description said.

The Shade Room verified the existence of the eBay listing on September 6. When we obtained a screenshot, there was an hour and 32 minutes left in the bidding war. Additionally, there were 27 bids total, and the price was $14,700.

Nicki didn’t comment on the viral moment before or after the nail sold. However, the seller promised photos and “further evidence” to prove the press-on belonged to the mogul.

“Our phones were locked up during filming, however, I have included photos taken before and after the show to prove authenticity,” the description said. “Happy to provide further evidence if desired.”

It’s unclear what the “further evidence” was because the bidding ended within hours of The Shade Room’s repost One of 53 bidders secured the alleged Nicki nail for $55,100 and $4.65 shipping.

Though Nicki hasn’t confirmed or denied the seller’s claim, photo evidence seemingly backs @taw1678. A photo taken by Arturo Holmes during the award show on August 28 shows Nicki missing a pinky nail on her right hand. Though the seller’s description says the nail fell off moments before Nicki’s performance, the photo shows Nicki bussing a whine with her Video Vanguard Award in hand.

After screenshots of the closed bid made their rounds, folks didn’t hold back with their reactions. Keep scrolling to see the chatter!

I wonder who actually bought Nicki’s nail at that price pic.twitter.com/wiTGRgo5iA

The person who thought to sell Nicki Minaj nail genius the person who paid $55,000 for it seek help …. Cause what are you even going to do with that?

it’s no way that someone just sold a broken nail of nicki minaj for 55k. 😂

I want Nicki to get on the internet and say she brought all 10 nails home.

If that was Beyoncé nail bitches would have been putting up they whole damn house to buy it! No bs I’m not surprised nicki’s sold for that price !💯😂😂😂

Someone just made $14.7k- 55k for finding Nicki’s missing pinky nail from her VMAs performance and selling it. I swear I’m going for the wrong career….. pic.twitter.com/mu7OLAHiUe