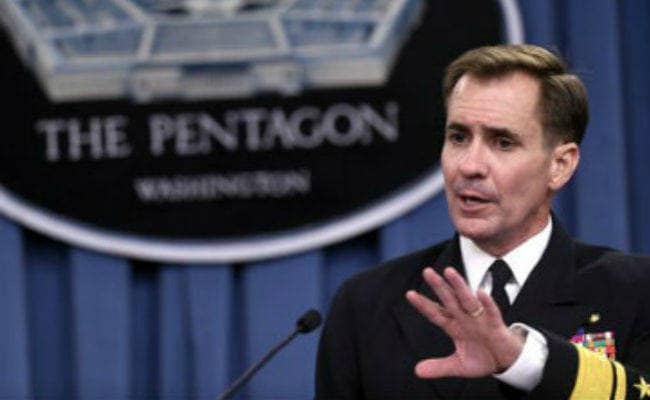 The US official also said that the US carrier group will remain in the Taiwan region to monitor the situation.

The United States said Thursday that China’s launch of 11 ballistic missiles around Taiwan was an overreaction to the visit of US House Speaker Nancy Pelosi to the island.

But White House spokesman John Kir said a US aircraft carrier task force, sailing east of Taiwan, would remain in the region to monitor the situation after China conducted military live-fire exercises.

“China has chosen to overreact and use the speaker’s visit as a pretext to increase provocative military activity in and around the Taiwan Strait,” Kirby told reporters.

Kirby called China’s actions part of a “manufactured crisis” but also said that Beijing was attempting to alter the regional power balance.

“It’s also a pretext to try to up the ante… and to actually try to set a new status quo, to get to a new normal where they think they can keep things at,” Kirby said.

“And my point coming out here today was making clear that we’re not going to accept a new status quo.”

Tensions “can come down very easily by just having the Chinese stop these very aggressive military drills and flying missiles in and around the Taiwan Strait,” he said.

Kirby confirmed reports that the Pentagon had postponed a scheduled test launch of a nuclear-capable ballistic missile to avoid stoking tensions.

“As China engages in destabilizing military exercises around Taiwan, the United States is demonstrating nuclear instead of the behavior of a responsible power by reducing the risks of miscalculation.”

But he said the US Navy’s USS Ronald Reagan carrier task force would remain in the area.

According to a Chinese military-backed research group, South China Sea Probing Initiative, the Reagan was about 600 miles (1,000 kilometers) due east of Taiwan on Wednesday.

Kirby said the carrier group has been ordered by the Pentagon to “remain on station in the general area to monitor the situation.”

“We will not be deterred from operating in the seas and the skies of the Western Pacific consistent with international law, as we have for decades, supporting Taiwan and defending a free and open Indo-Pacific,” he added.