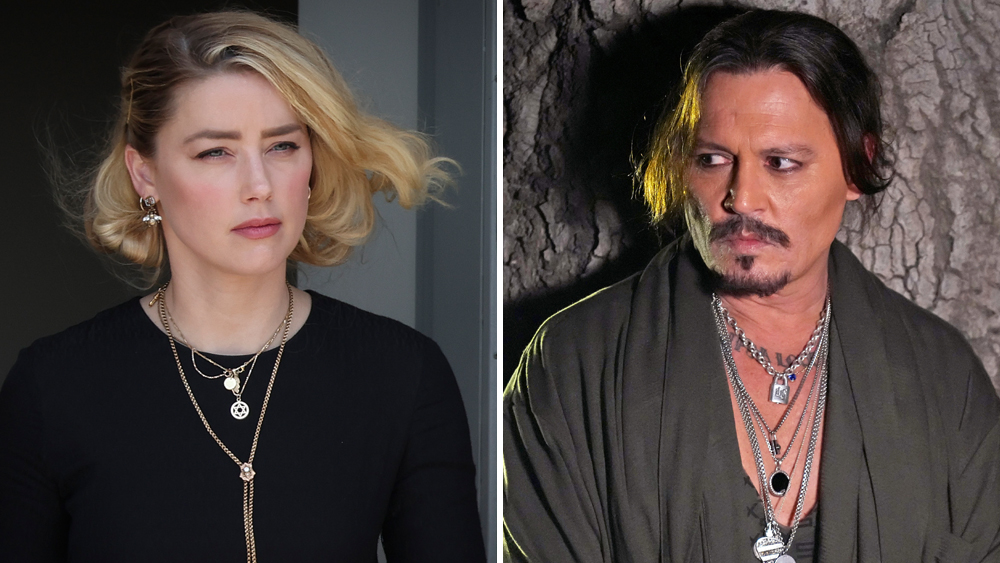 Less than a month after Johnny Depp filed his formal appeal of some of the verdict in his sweeping defamation case against Amber Heard, his Rum Diary co-star now has put her own brief in the Virginia courts.

And Heard’s new-ish lawyers are flying the flag of the First Amendment and taking trial court Judge Penney Azcarate to task, repeatedly.

“The trial court erroneously refused to dismiss this action on the ground of forum non conveniens, based on its mistaken conclusion that Depp’s claims arose in Virginia because the Washington Post’s servers are located here,” said Jay Ward Brown and David L. Axelrod in the November 23 filed document. “The trial court also erred in overruling Heard’s demurrer, in which she argued that the challenged statements are non-actionable expressions of opinion and are not reasonably capable of conveying the alleged defamatory implication,” the Constitutional law specializing DC-based Ballard Spahr LLP attorneys added (read the appeal here).

“That holding, if allowed to stand, will undoubtedly have a chilling effect on other women who wish to speak about abuse involving powerful men.”

Further lambasting Judge Azcarate for improperly instructing the jury in the Fairfax County case that end almost entirely in Depp’s favor on June 1, and “excluding highly probative evidence and by admitting irrelevant and prejudicial evidence,” Heard’s appeal seeks to have the more than $10 million verdict against her reversed or tossed out for a new trial.

“This case also should never have gone to trial because another court had already concluded that Depp abused Heard on multiple occasions,” the 68-page brief of appellant states. “After Depp filed this case, the United Kingdom High Court of Justice ruled in a separate defamation action brought by Depp that Heard’s abuse allegations were true,” the appeal notes of the ultimately unsuccessful libel suit the formerPirates of the Caribbean star brought against Rupert Murdoch’s The Sun tabloid in 2018 for calling him a “wife-beater” in print.

“The trial court should have given preclusive effect to that 129-page decision, which followed a three-week trial at which Depp, Heard, and 24 other witnesses testified,” the aquaman star’s latest filing says.

While Heard never actually mentioned her ex-husband by name in the piece in the Jeff Bezos-owned broadsheet, the litigious past Depp insisted the op-ed “devastated” his already dwindling career. In his initial suit and subsequent filings, Depp declared he was in fact the one who was abused in the couple’s relationship. The actor repeated that assertion on the stand during the Virginia trial. Oddly, Depp said nothing of the sort during he and Heard’s restraining order-loaded 2016 divorce – even before the $7 million settlement between the two effectively forbid him from doing so.

Failing to get the matter tossed or moved to another jurisdiction like California Heard countersued Depp for $100 million in the summer of 2020. In November 2020, the UK High Court handed Depp a stinging loss in the case against The Sun. Since then, attempts at an appeal from that side of the Atlantic have proven a dead letter office for Depp.

After both parties promising to appeal within hours of the jury’s verdict on June 1, in early November, Depp filed his own appeal in the Virginia case. “This Court should reverse the judgment on Ms. Heard’s Counterclaim as to the April 27 Waldman Statement, but should otherwise affirm the judgment in Mr. Depp’s favor,” declared the November 3 filing in Virginia’s Court of Appeals of the $2 million that the Virginia jury awarded Heard in a countersuit claim.

Besides that single counterclaim in the seven-week defamation trial, the seven-person panel found heavily for Depp. Fueled by fans in and outside the court, the past Oscar nominee was awarded $10 million in compensatory damages and $5 million in punitive damages. Before releasing the jury, Judge Azcarate reduced the punitive damages figure to $350,000, the maximum allowed in the state.

Striking at the time, that $2 counterclaim award could prove the Achille’s heel for the initial case, at least if Heard’s legal team get their way.

“To find in favor of Depp, the jury must have concluded that Depp did not abuse Heard and that Heard knowingly lied in accusing him of abuse,” the dense document says. “But, to find in favor of Heard, the jury must have concluded that Heard told the truth about being a victim of domestic abuse by Depp. Consequently, the verdict against Heard cannot stand.”

With both Depp and Head now having filed their respective appeals, you’d think things would move along at a brisk pace, at least by the measure of the American justice system.

Not so much in this case.

Under Virginia law, a group of judges will now decide the merits of both appeals. Depending on how that goes, and who is left disappointed, Heard and Depp can take the matter to the Commonwealth’s Supreme Court. Which means it will be years before this is settled, if it ever really is.