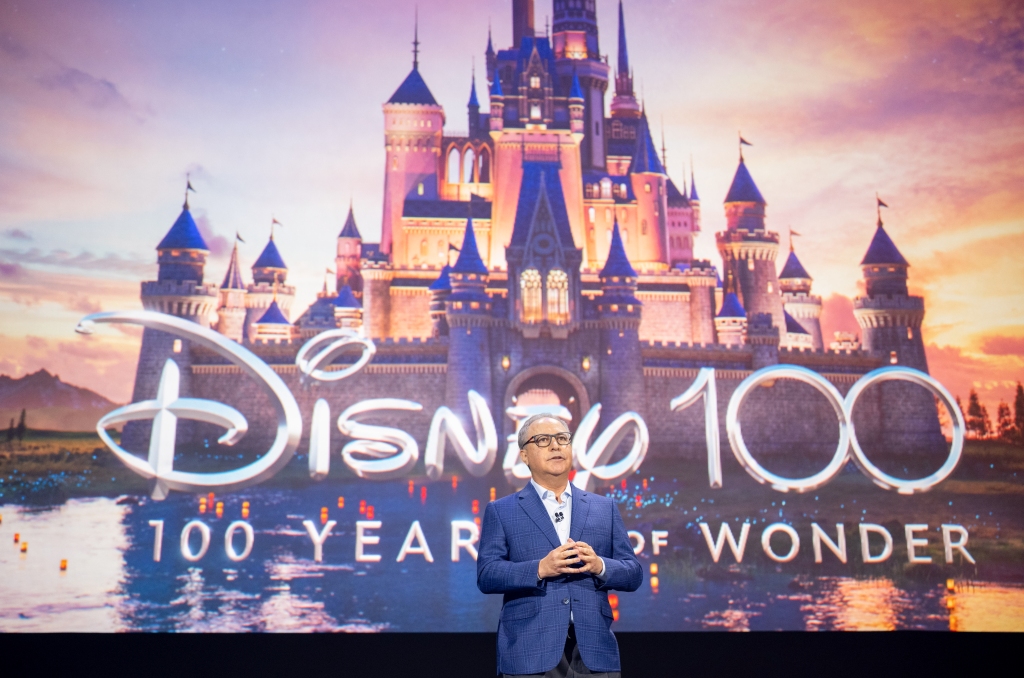 Highlights included panels loaded with cast and creatives behind almost every big Disney property, giving fans new looks at everything from Indiana Jones 5 to disenchantedand Black Panther: Wakanda Forever to The Little Mermaid. Included in the presentations were new announcements including Disney Animation’s ambitious next project wishstarring Ariana DeBose, and Christian Slater joining the willow remake.

The biennial expo comes as Disney kicks off its 100th anniversary celebrations in 2023.

Below is the rundown of what was new. Click on the links to read Deadline’s coverage.

Black Panther: Wakanda Forever: The crowd thrilled to footage from the MCU sequel starring Angela Bassett as Ramonda. It opens November 11 in theaters.

Captain America: New World Order: Shira Haas and Tim Blake Nelson have joined the cast of the sequel starring Anthony Mackie. It arrives in theaters on May 3, 2024.

Thunderbolts: Several castings were announced for the Jake Schreier-directed film will close out Phase 5 of the MCU on July 26, 2024. They include David Harbour, Julia Louis-Dreyfus, Wyatt Russell, Florence Pugh, Sebastian Stan, Hannah John-Kamen and Olga Kurylenko.

Indiana Jones 5: A trailer was shown to the crowd for the fifth installment of the profitable, 41-year-old franchise. Star Harrison Ford addressed the room and also revealed that this will be his last time playing America’s favorite archeologist. “I’m done,” he said. “I will not fall down for you again.”

Willow: A new trailer for the reimagining of the 1988 fantasy classic was shown, and Christian Slater was revealed as a cast member. He joins an ensemble that includes Warwick Davis, Joanne Whalley, Ruby Cruz, Erin Kellyman, Ellie Bamber, Dempsey Bryk, Amar Chadha-Patel and Tony Revolori.

Avatar: The Way of Water: The crowd was treated to a load of footage from James Cameron’s long-in-the-works sequel to one of the highest-grossing films of all time.

Mufasa: The Lion King: The prequel’s title was announced and a sneak peek was shown in the room. It will be released in 2024.

Disenchanted: First trailer for the sequel that premieres exclusively on Disney+ beginning November 24.

Eli: New Pixar feature film about 11-year-old dreamer Elio (Yonas Kibreab) will also feature America Ferrera. Adrian Molina is director and Mary Alice Drumm is producer. The plot: Elio is artistic, creative and an avid INdoorsman who finds it hard to fit in. Meanwhile Mom Olga, who runs a top-secret military project, is working to decode a strange signal from outer space. but it’s Elio who makes contact, gets beamed into space and is subsequently mistaken for an intergalactic Ambassador for Earth. It will be released in spring 2024.

wish: Walt Disney Animation Studio’s next original feature film is revealed, as it its fall 2023 release. Directors Chris Buck and Fawn Veerasunthorn outlined the story, which is set in Rosas, the kingdom of wishes where wishes can literally come true. It centers on 17-year-old Asha (Ariana DeBose) who makes an impassioned plea to the stars, which is answered by a cosmic force, a little ball of boundless energy called Star. Together, they face the most formidable of foes to save her community and prove that when the will of one courageous human connects with the magic of the stars, wondrous things can happen. Alan Tudyk will voice a goat named Valentino. Julia Michaels is writing all of the songs. Film is written by Jennifer Lee; Peter Del Vecho produces and Juan Pablo Reyes co-produces.

Armor Wars: Don Cheadle reruns his role as Col. James Rhodes in a stand-alone series that will show the character in a whole new light. Premiere date is TBA.

Werewolf by Night: The Halloween-themed program starring Gael Garcia Bernal and Laura Donnelly — Marvel Studios’ first TV special — was revealed, along with a trailer and an October 7 premiere date on Disney+.

Andor: The final trailer for the Disney+ series starring Pedro Pascal has been released. The Star Wars universe drama premieres September 21 on Disney+.

The Mandalorian: A trailer for Season 3 of the Disney+ series starring Pedro Pascal has been released.

Star Wars: The Bad Batch: Season 2 of Disney+’s Star Wars universe animated series about the elite and experimental clones of the Bad Batch was pushed from September 28 to January 4.

Tales of the Jedi: The shortform animated anthology series set in the Star Wars universe revealed the first trailer and an October 26 premiere date.

American Born Chinese: First look at the original series from Disney Branded Television and 20th Television. To be released in 2023.

The Muppets Mayhem: The comedy series from Disney Branded Television and ABC Signature will hit the streamer in 2023.

Best in Snow: Hosted by Tituss Burgess, featuring teams from around the world transported to a magical snowy village, Snowdome, and thrown into a spirited competition to compete for the title of Best in Snow. On the premiere date set.

Pentatonix: Around the World for the Holidays: Superstar a cappella group Pentatonix is ​​struggling to find inspiration for their annual holiday album, and the clock is ticking. On the premiere date set.

The Hip Hop Nutcracker: Run-DMC’s Rev Run brings us along for a hip-hop reimagining of The Nutcracker ballet set in New York City. On the premiere date set.

Under Wraps 2: Sequel from Disney Branded Television and MarVista Entertainment premieres on September 25 (streams on Disney+ on September 30).

Star Wars: Young Jedi Adventures: Jamaal Avery Jr. and Emma Berman have joined the cast of the animated series from Lucasfilm that will premiere in 2023.