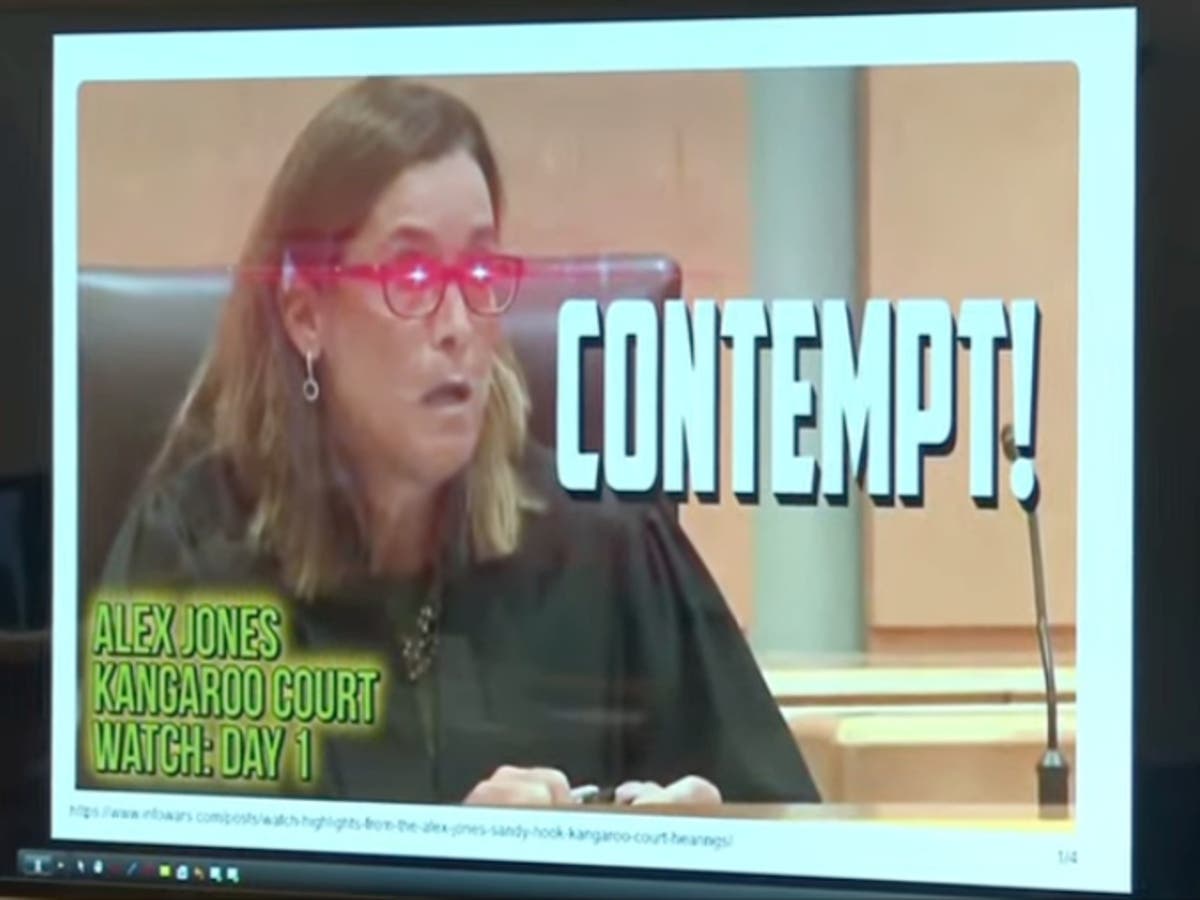 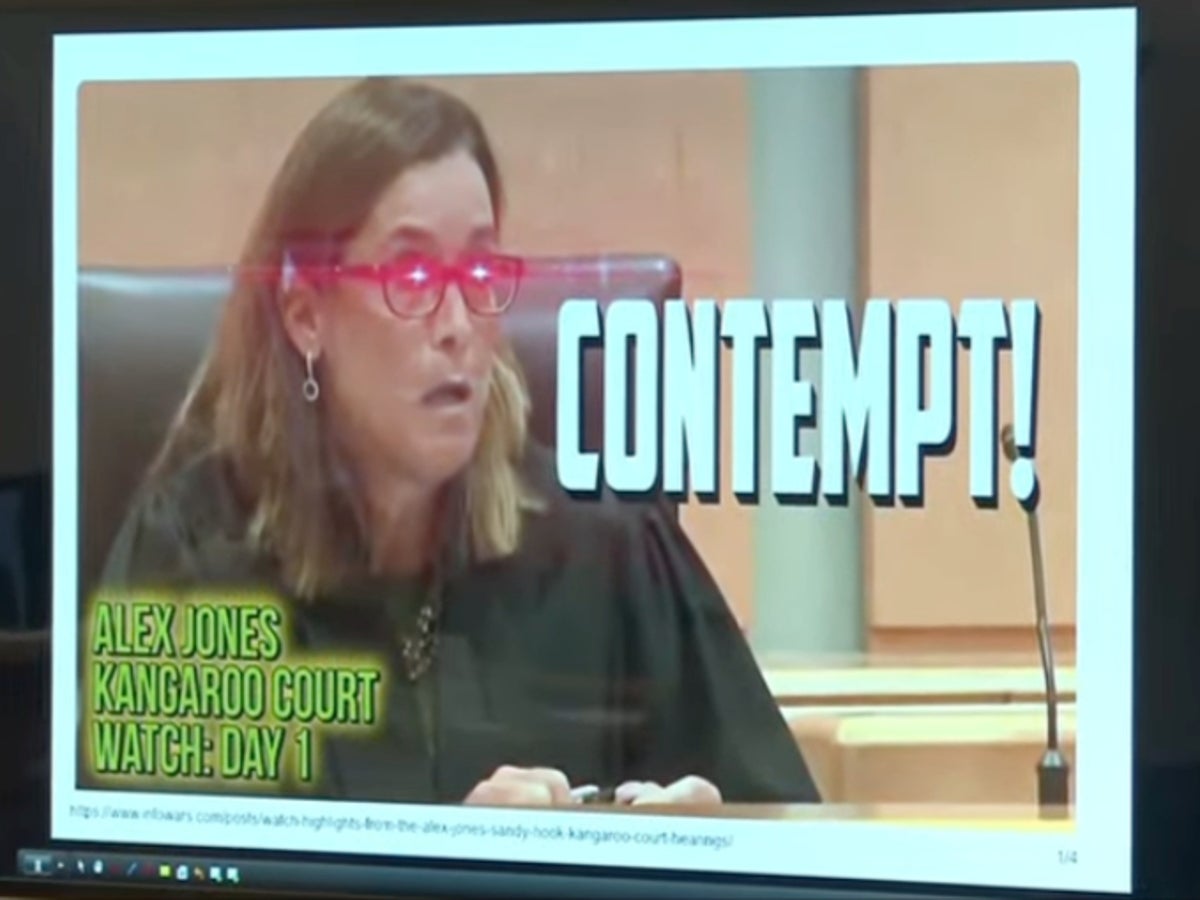 Alex Jones has mocked the judge in his latest Sandy Hook defamation case and branded the trial a “kangaroo court” on his Infowars show this week, according to damning evidence.

The far-right conspiracy theorist’s lies are back on display once again this week as his second defamation trial finally began in Connecticut on Tuesday.

Mr Jones was successfully sued by the families of victims of the 2012 Sandy Hook Elementary School mass shooting after he spread lies that the massacre was a “hoax” and that the young victims were “actors”.

Jurors will now decide how much Mr Jones must pay the families in damages for the years of harassment they faced because of his actions.

But in court on Friday, jurors were shown evidence that the right-wing extremist is refusing to take the case seriously and that he has already taken to mocking the court proceedings on the very same platform that he used to push falsehoods about the 26 victims.

Christopher Mattei, a lawyer for the victims’ families, showed the court a screengrab which was taken from the Infowars website this week.

The picture shows Connecticut Superior Court Judge Barbara Bellis with red lasers for eyes, with the word “CONTEMPT!” plastered across it.

“Has Alex Jones been calling this court a kangaroo court this week?” he asked.

Ms Paz, an attorney hired by Mr Jones to represent his company’s operations in court, claimed that she didn’t know.

Ms Paz insisted that “I’m taking it seriously”, arguing that she had come to the court for the last three days.

When Mr Mattei pointed out that she is under subpoena and so had to appear, he continued to press her how seriously the company she represents is taking the trial on a scale of one to 10.

Ms Paz continued to insist that it is a “10” on the scale to her.

The disrespectful photo of the judge was presented in court as Mr Mattei aims to show that Mr Jones has – and continues to – try to profit from the pain he has caused to the Sandy Hook families.

On Thursday, jurors were shown internal Infowars documents detailing the spike in revenue and web traffic after an article claiming no one died at Sandy Hook was posted on the website in 2014.

Mr Jones had begun spouting false claims almost immediately after the 2012 massacre in Newtown, Connecticut, claiming on his conspiracy site that the mass shooting was “a giant hoax” and that the victims were “actors”.

He continued to push the lies to his followers for years claiming it was a “false flag” operation.

While Mr Jones profited financially from spreading his lies, the victims’ families were subjected to years of in-person and online harassment and threats from his followers.

Several lawsuits were brought against the conspiracy theorist – all of which he lost.

Last month, the first suit finally went to trial in Texas and Mr Jones was ordered to pay $4.11m in compensatory damages and $45.2m in punitive damages to Neil Heslin and Scarlett Lewis, the parents of six-year-old victim Jesse Lewis.

In testimony at that trial, Mr Jones admitted that he knew the massacre was real.