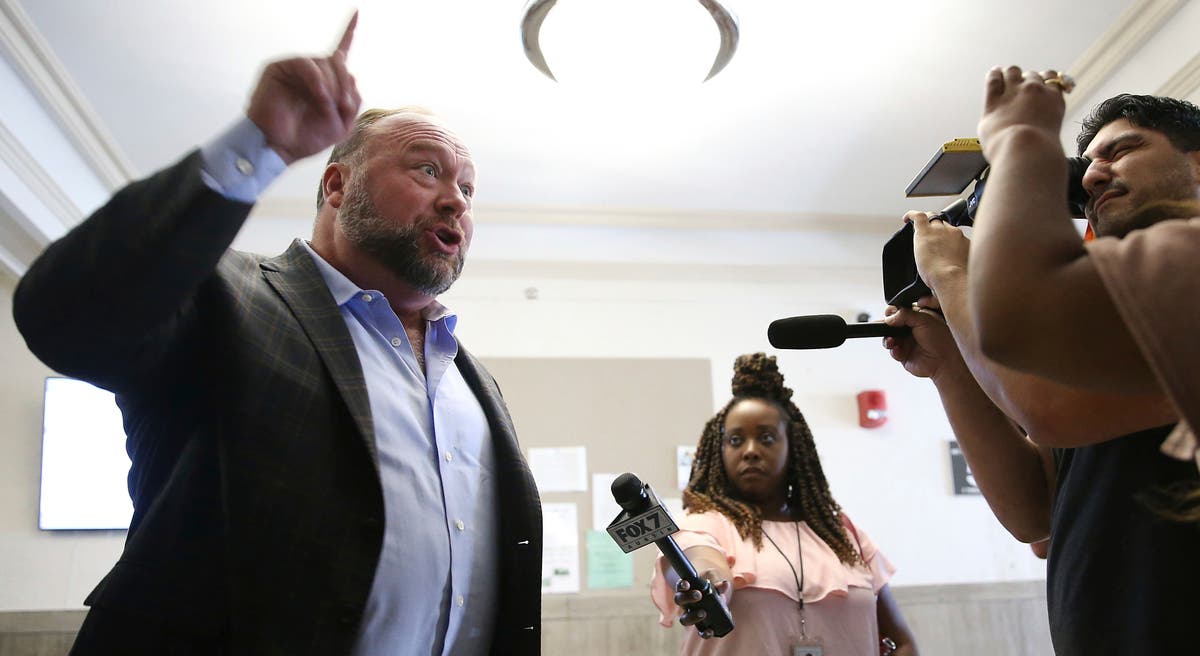 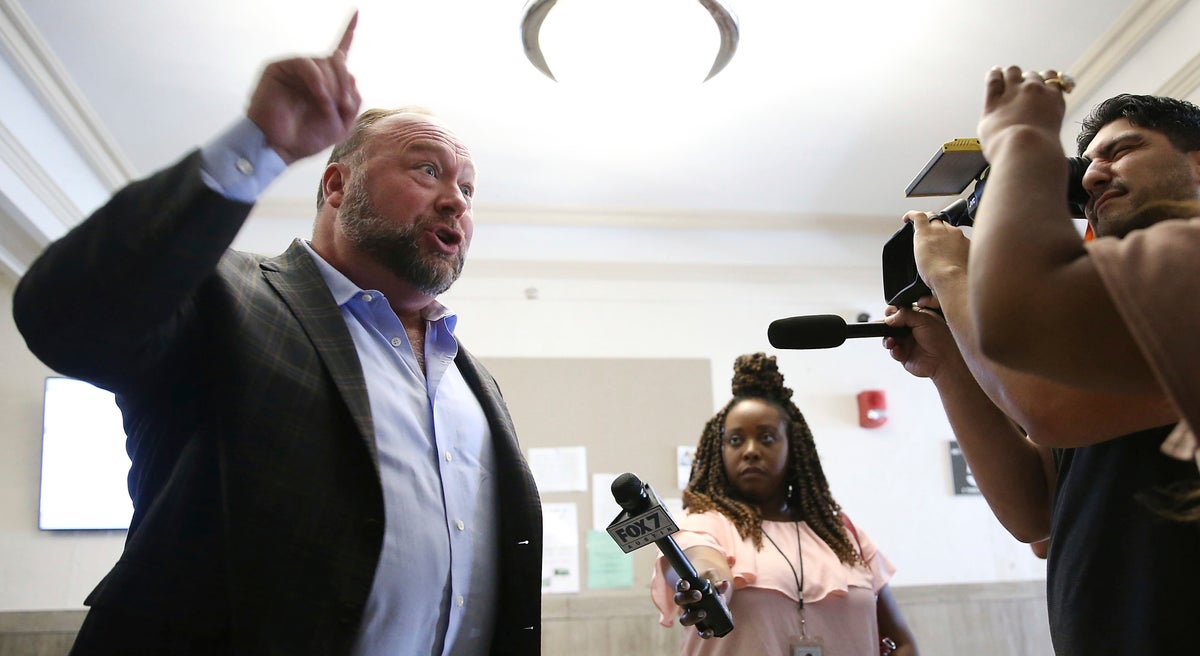 Conspiracy theorist Alex Jones berated a reporter outside of his defamation trial for spreading false claims that the 2012 Sandy Hook school shooting was staged.

“You intend to be a journalist, and you want to look at people like me so you can say you’re the good guy,” the Infowars host told Huffington Post journalist Sebastian Murdock.

The right-wing commentator added that the reporter was a “failed, Soros, corporate, propped-up media” member and “pirate,” and claimed that the defamation case meant the “corporate media is on trial, and so is the rigged judiciary .”

The outburst on Wednesday was the latest bit of theatrics from Mr Jones, who called on Tuesday for protesters to rally at the Austin courthouse where the trial is taking place. The judge presiding over the case has also admonished Mr Jones for his tirades during court breaks, which might be in earshot of jurors.

The Independent has reached out to Mr Jones and Mr Murdock for comment.

Wednesday marked day two of the trial, which will determine how much in damages the Infowars host owes to the parents of victims of the Sandy Hook shooting after falsely claiming the massacre didn’t happen.

Families are seeking punitive damages of up to $150m, for what their attorneys called a “massive campaign of lies” that platforming “wild extremists from the fringes of the internet… who were as cruel as Mr Jones wanted them involved to be” .

Mr Jones has said he was only echoing the false claims of others, and dismissed the case on Tuesday as a “Constitution-destroying, absolute, total and complete travesty.”

Wednesday’s questioning focused on internal deliberations and how Infowars chose to broadcast false claims that the shooting, which killed 20 first graders and six teachers, was a “false flag” attack.

She told the court the titles were “meant to grab a person’s attention, so they can see the video,” and said it’s a practice used by other more mainstream news outlets.

More was how Infowars regularly booked an extremist Wolfgang Halbig as a guest to speak about shooting, even though staff had named the controversial he was unreliable.

“Until they answer those questions, I can tell you children did not die, teachers did not die on December 14, 2012,” Halbig said in one Infowars clip played during Wednesday’s proceedings.

Off air, the 75-year-old harassed parents of Sandy Hook victims, writing to one family of a student with autism who died in the shooting that “she needed you to protect her from all the serious health risks. That filthy and deplorable school with all that toxic waste, we call this child endangerment.”

Ms Karpova, the Infowars producer, defended the show, telling jurors, “The beauty of Alex Jones’ show is that it is a live show, it is not scripted,” and that producers would “let the audience decide” whether to stay tuned into a particular guest on the show.