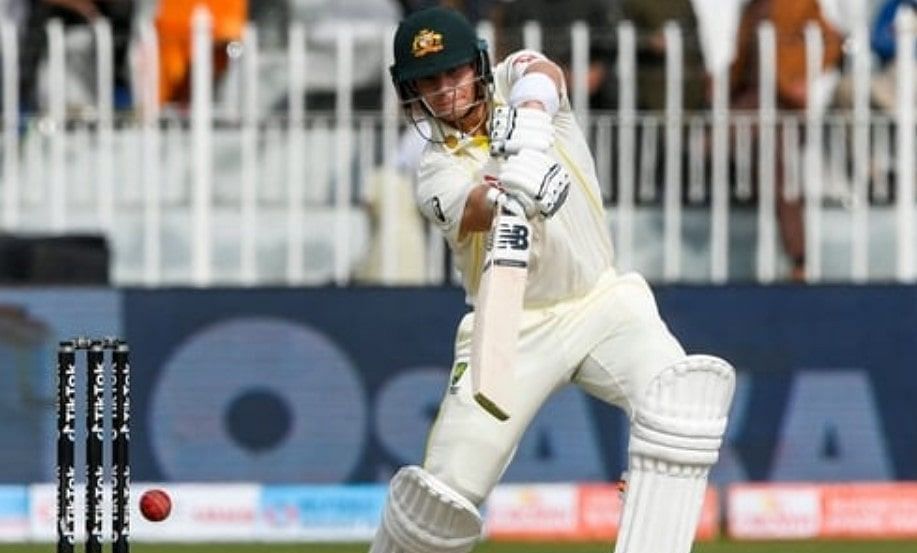 Australian batter Steve Smith is one of the better players of spin in the squad at the moment.

The right-handed batter averages over 40 in India, Sri Lanka and Pakistan. Smith will have a huge role to play when the visitors take on the Lankans in a two-match Test series. Australia were on the receiving end of a 3-0 scoreline the last time they played the longest format in the island nation.

Earlier this year, playing for the first time in Pakistan, Smith scored 226 runs in four innings with three fifties to his name. The largely flat surfaces ended up being in favor of Australia as they notched up a 1-0 series win in the subcontinent.

Steve Smith will look to shift his approach against the turning ball in the upcoming Test series, for which his normally obsessive preparation has been curbed #SLvAUS

Steve Smith will look to shift his approach against the turning ball in the upcoming Test series, for which his normally obsessive preparation has been curbed #SLvAUS cricket.com.au/news/steve-smi…

Feeling that he should have converted his fifties into big scores in Pakistan, Steve Smith said on the “Unplayable” podcast:

“I probably had three opportunities to get hundreds in Pakistan, I just didn’t quite convert them. I feel like my plans were in a pretty decent place, but I could’ve potentially been a bit more aggressive against the spin over there, and played a few more shots.”

The former captain also talked about switching gears with respect to the ball’s condition. He said:

“When the ball gets a bit softer, it’s reversing, you have to rein it back in until you get your moment to go a bit more aggressive. But against the spin, I know I’ve got a few more shots that I can potentially bring it out and put a bit more pressure back on the bowler.”

The Test series against Sri Lanka will begin on June 29 at the Galle International Stadium. Smith will also have his eye on the challenging four-match series against India early next year.

Australia marked their first trip to Pakistan in over 23 years with a slender 1-0 series win following a thrilling victory in the final Test. Usman Khawaja and Steve Smith starred with the bat for the visitors against a potent bowling unit led by Shaheen Afridi.

Steve Smith is arguably the Best foreign player of spin in current world cricket, what do you guys think ? #AUSvsIND #cricitwithbadri

Steve Smith is arguably the Best foreign player of spin in current world cricket, what do you guys think ? #AUSvsIND #cricitwithbadri

Claiming that it was tricky to play aggressive shots against reverse swing, Smith said:

“I was also batting at stages where the ball was reversing quite big and I know as a batter coming in next, it’s probably the toughest thing to face a reversing ball on those kinds of wickets against some good bowlers in (Shaheen) Afridi and Hasan There.”

“So it’s playing the game and being patient and playing the tempo, which we spoke a lot about in Pakistan; against the new ball you can play a few more shots, like I did in the third Test when I got in a little bit earlier , and got some boundaries away early.”

Steve Smith is currently battling a quad injury and was not part of Australia’s recent ODI defeats against Sri Lanka at the R Premadasa Stadium in Colombo.