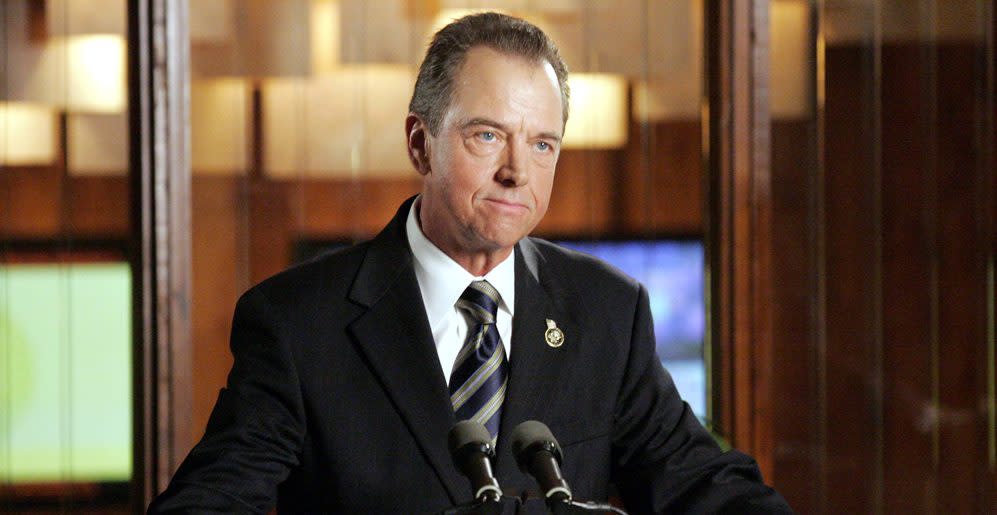 Gregory Itzin, who played the US president in Fox’s hit series 24, died today. He was 74.

His death was announced by his son Wilke Itzin and 24 executive producer and director Jon Cassar. The cause has not been specified.

“It is with an incredibly heavy heart to announce that my father Gregory Martin Itzin has passed on,” Wilke Itzin wrote on Instagram. (See the full post below).

“My friend Greg Itzin passed away today,” Cassar wrote on Twitter. “He was one of the most talented actors I had the honor to work with but more than that he was an all around great guy. He’ll be missed by his 24 family from him who had nothing but love & respect for him. You made your mark, now Rest in Peace friend.”

Itzin, who was nominated for a Tony Award for his performance in 1993’s The Kentucky Cyclejoined the cast of 24 during the series’ fourth season in 2005. Initially a recurring role as Vice President Charles Logan, Itzin returned the following season as President and became on of the show’s central figures.

He was nominated for an Emmy Award for Outstanding Supporting Actor in a Drama Series for his performance.

Itzin, a Washington DC native who later moved to San Francisco and trained at the American Conservatory Theater, began his TV career in the 1980s in small roles on such series as Mork & Mindy, Charlie’s Angels, Fame, Dallas, Hill Street Blues, Lou Grant and many others while also taking similar film roles in movies including Airplane!, The Best Little Whorehouse in Texas and The Fabulous Baker Boys.

In 1989 he landed a series regular role on the short-lived Mel Brooks-Alan Spencer sitcom The Nutt House starring Cloris Leachman and Harvey Korman. He maintained a prolific television career throughout the ’90s, appearing in, among many others, Matlock, Major Dad, Quantum Leap, LA Law, Picket Fences, Something Wilder, ERand, in 1995, Murder Oneon which he played Distract Attorney Roger Garfield.

His signature role cam in 2005 with with his casting as the vice president on 24, starring Kiefer Sutherland, and, the following season, as the president. He would remain with the series throughout its conclusion in 2010.

After 24Itzin played the recurring characters on Big Love, The Mentalist, Covert Affairs, Mob City and, most recently, NCIS.

On the film side, Itzin appeared as Judge John A. Campbell in Steven Spielberg’s Lincoln (2012), as well as roles in The Change-Up, Fear and Loathing in Las Vegas and The Ides of March.

Itzin also maintained a busy stage career with many performances at such theaters as the Mark Taper Forum, the Kennedy Center, the Antaeus Theater Company, and the Matrix Theater Company.

On Broadway, he was Tony-nominated as best actor in a feature role in a play for 1993’s The Kentucky Cycle. He returned to Broadway in 2010 as Kenneth Lay in Enron.

“My dad was known in the world as a phenomenal actor with a body of work that would trump most famous actors resumes,” wrote son Wilke. “He’s been on everything from Airplane, Friends, Star Trek deep space nine, Mork and Mindy and of course the infamous president on 24 and so much more. But what many people truly knew him for his incredible performances on the stage. I remember watching him in the one man show Shipwrecked by Donald Margulies and being blown away, in awe that the man on stage was my dad. He was in love with the theater, and even on his dying breath dele he could recite Shakespeare like he made the words up himself.”

Complete information on survivors was not immediately available.