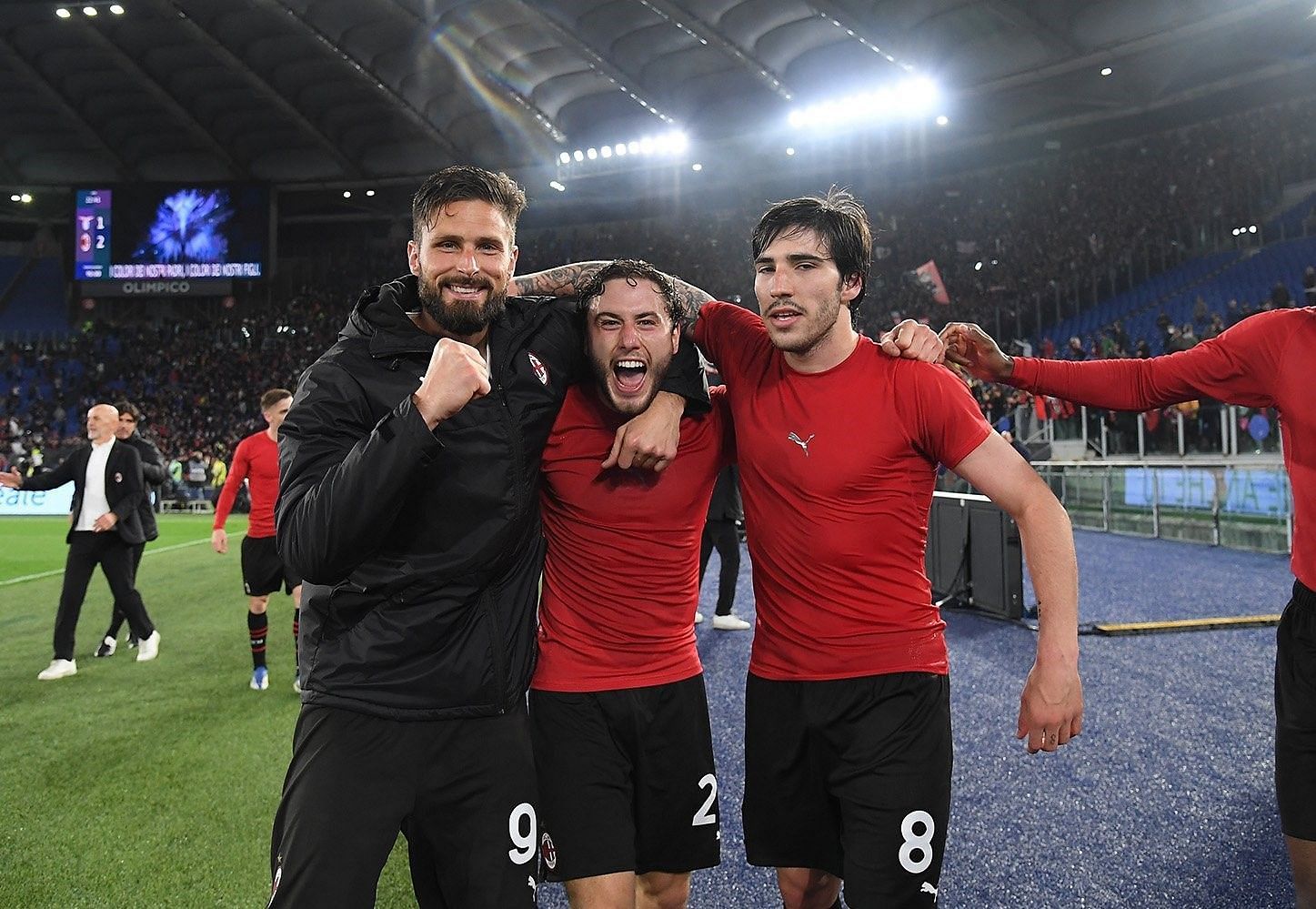 April hasn’t been a great month for AC Milan, who had some mixed results in their last five matches in all competitions. The month started with back-to-back draws against Bologna and Torino, which sabotaged the Rossoneri’s ambitions of winning Serie A.

And just when they recovered by beating Genoa, Stefano Pioli’s side were brought down to earth again after being thrashed 3-0 by rivals Inter Milan in the semi-finals of the Coppa Italia.

The only trophy Milan are in contention for is the Scudetto and they certainly made a statement in the title race after coming back from behind to beat Lazio on Sunday.

Pioli’s side dropped to second place following Inter’s 3-1 win against AS Roma the previous day, which heightened the pressure on the Rossoneri.

Indeed, the pressure got to Milan in the early stages of their game against Lazio as their play was dominated by wayward passes and indecision in the middle of the park.

Milan were made to pay for their slow start when Ciro Immobile opened the scoring for Lazio after just four minutes. Granting early, however, sparked the visitors into life but it wasn’t until the 50th minute that they finally got the equalizer through Olivier Giroud.

The Rossoneri continued to push for the winner and registered eight shots on target against their opponents. Their efforts were ultimately rewarded in the 92nd minute when Sandro Tonali netted a late winner to seal all three points for Pioli’s side.

AC Milan may have left it late but they deserved to win following their relentless performance at the Stadio Olimpico against Lazio.

The Rossoneri demonstrated tremendous fighting spirit despite conceding an early goal and never gave up, even when their efforts were yielding no results.

Beating Lazio takes AC Milan back to the summit of Serie A and puts them on course to win their first Scudetto in a decade.

“It is right to be satisfied and happy for this victory. Our fans are fantastic,” Pioli said after the comeback victory, as quoted by Semper Milan.

“I am happy for my players they are lions, if I were them I would be angry because they have too little credit and instead they are showing to be strong players. My players are really too strong.

“I told the team that we must try to win them all, it would mean reaching 86 points. The season is difficult for everyone, not just for us, just look at what happened today in Empoli. We are only thinking of us and to our next match.”

AC Milan are sitting at the top of the table because they’ve dug deep several times to get results, and their relentless fighting spirit could be the reason why they could emerge champions this season.