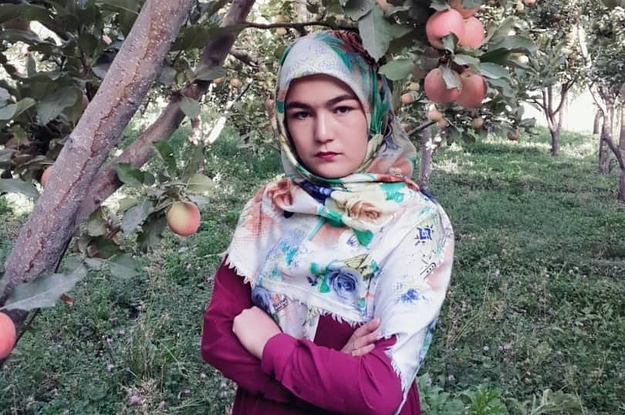 As her first day of school under Taliban rule, Sajida Hussa was hopeful. Her father, a teacher for 17 years, and her mother dela had instilled in her and her siblings the value of education, and now she was one year away from graduating high school.

Even though the Taliban had taken over the country last summer, marking an end to many of the rights she and other Afghan girls had enjoyed all their lives, the regime had announced that it would reopen schools on March 23 and allow girls to attend.

But when Sajida and her classmates arrived at the school’s front gate, administrators informed them that girls beyond sixth grade were no longer allowed to enter the classrooms. Many of the girls broke into tears. “I will never forget that moment in my life,” Sajida said. “It was a dark day.”

Sajida was among a million or so girls in Afghanistan who were preparing to return to their classrooms after an eight-month hiatus. With the Taliban out of power in the early decades of the 21st century, girls and women across the country had gained new freedoms that were suddenly thrust back into question when the fundamentalist group swept through Kabul in August. In early statements to the international community, the Taliban signaled that it would loosen some of its policies restricting women’s rights, including the education ban. But that has not been the case, and when the day to reopen schools came, it dawned on Sajida and others that the Taliban intended to maintain its longstanding restrictions, washing away any optimism that the regime would show more ideological flexibility in pursuit of international credibility . In addition to maintaining their ban on girls’ schooling, the Taliban has ordered women to cover themselves from head to toe while in public and barred them from working outside the house, traveling abroad without a male guardian, and participating in protests.

For a generation of girls raised to aspire to the professional class, the Taliban’s restrictions have shattered, or at least deferred, dreams they’d held since their earliest memories.

Born into a middle-class Shiite family, Sajida had always assumed she’d completed a college education and one day earn enough money to take care of her parents when they got old.

“My parents raised me with hope and fear,” she said. Hope that she would get to enjoy rights denied to previous generations of girls who grew up under the Taliban’s previous rule; fear that the country might one day come back under the power of people “who do not believe that girls constitute half of the human society.”

She began attending school at the age of 7 and soon fell in love with reading, devouring every novel she could get her hands on.

“I was planning to study Persian literature to be a good writer and reflect on the wounds and the plight of my society,” Sajida said.

Even in the years the Taliban were driven of power, Saji witnessed out after dozens of attacks by militant groups on schools in Kabul.

In May 2021, ISIS bombed a Shiite girls school, killing at least 90 girls and wounding 200 others.

Despite the risk of facing violence, she continued to attend school, finishing 11th grade last year before the Taliban seized Kabul and left her hopes of completing high school and going to college up in the air.

The sudden shift in fate has devastated parents across the country who have invested years and savings toward securing their daughters’ opportunities for professional success.

In the southeastern Ghazni province 150 kilometers west of Kabul, Ibrahim Shah said that he had done years of manual labor to earn enough money to send his children to school. His daughter Belqis, who is 25, graduated from college a year ago, just months before the Taliban took control. She had aspired to work as a civil servant for her country and stand as a role model to the generation of girls raised to dream big. Now she doesn’t know what she will do. The Taliban’s return “was a dark day for the Afghan women and girls,” she said.

In response to the Taliban’s policies, the UN Security Council convened a special meeting and called “on the Taliban to respect the right to education and adhere to their commitments to reopen schools for all female students without further delay.” The European Union and the US also issued condemnations.

Taliban “authorities have repeatedly made public assurances that all girls can go to school,” Liz Throssell, a spokesperson at the UN Human Rights Office in Geneva, told BuzzFeed News. “We urge them to honor this commitment and immediately reverse the ban to allow girls of all ages across the country to return to their classrooms safely.”

In response to the ban, the World Bank announced in March that it would reconsider the $600 million in funding for four projects in Afghanistan aiming “to support urgent needs in the education, health, and agriculture sectors, as well as community livelihoods.”

Amid international pressure, the Taliban announced that it was establishing an eight-member commission to deliberate its policy on girls schools. Sajida and four other girls who spoke to BuzzFeed News expressed skepticism that the regime would allow them to return to their classrooms.