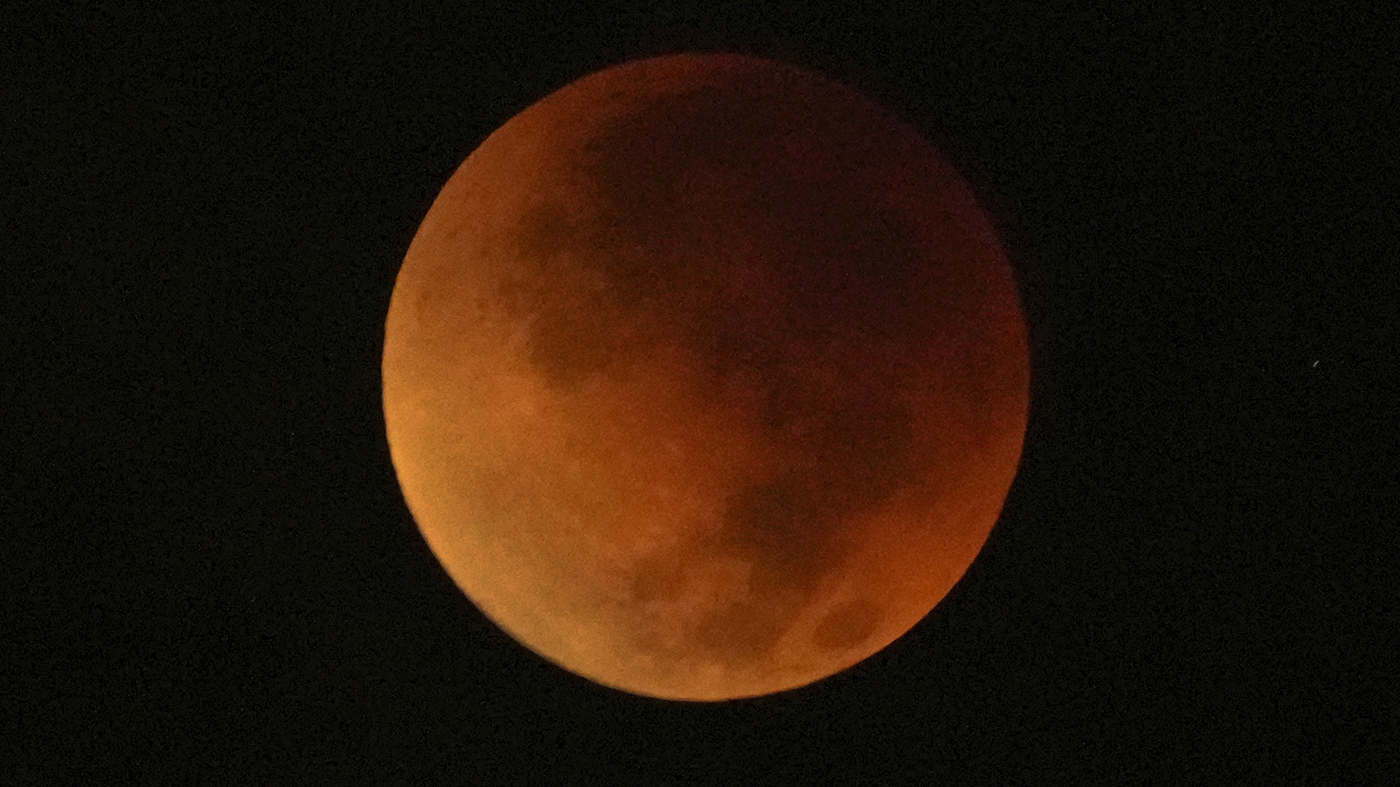 A total lunar eclipse graces the night skies during the first blood moon of the year, in Brasilia, Brazil, Sunday, May 15, 2022.

A total lunar eclipse graces the night skies during the first blood moon of the year, in Brasilia, Brazil, Sunday, May 15, 2022.

A total lunar eclipse is happening Tuesday, and it might be a good time to catch a peek, because the next one isn’t for three years.

The initial phase of the eclipse begins at 3:02 am ET, according to NASA. The partial eclipse then begins at 4:09 am ET, when to the naked eye, it looks like a bite is being taken out of the moon. The lunar disk enters totality at 5:17 am ET and will last for about an hour and a half.

For the best view, it is best to be in a dark area with little light pollution.

A lunar eclipse happens when the sun, Earth and moon align. During a full lunar eclipse, the moon falls completely in the Earth’s shadow.

The phenomenon causes the moon to appear red, often nicknamed the “blood moon.” During a lunar eclipse, what little sunlight that’s left passes through Earth’s atmosphere to get to the moon. The more cloudy or dusty the atmosphere is, the redder the moon looks.

“It’s as if all the world’s sunrises and sunsets are projected onto the Moon,” NASA said.

The next full lunar eclipse will occur on March 14, 2025, but there will be partial lunar eclipses before then, according to NASA.