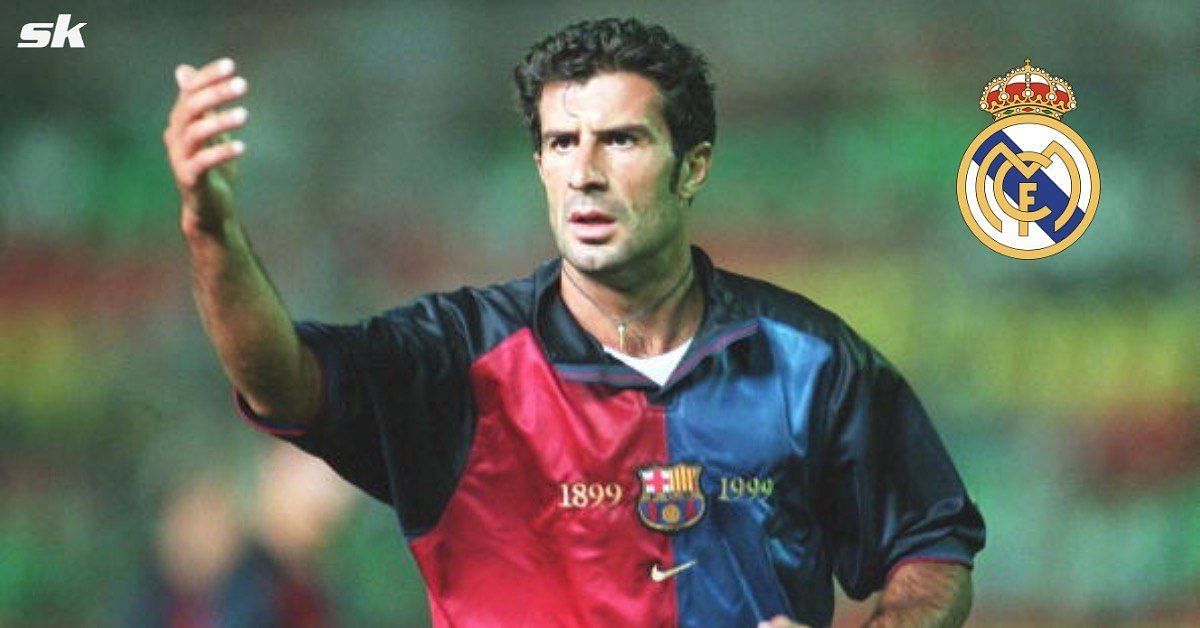 Barcelona star Luis Figo’s controversial transfer to Real Madrid shook the football fraternity to its core, and renowned journalist Jose Felix Diaz was no exception. According to the Spanish journalist, the 2000 transfer was a bombshell, something that no one could see happening.

The highly-anticipated Netflix documentary, The Figo Affair, sheds light on one of the most controversial transfers in the history of football: Figo’s transfer to Real Madrid. Figo was Barcelona’s heartbeat, helping them to two La Liga titles and two Copas del Rey amongst other honors, between 1995 and 2000.

Luis Figo. Florentino Perez. 22 years later, the people at the center of one of Europe’s most controversial football transfers tell their stories.

The Figo Affair: The Transfer that Changed Football, coming to Netflix 25 August.

Luis Figo. Florentino Perez. 22 years later, the people at the center of one of Europe’s most controversial football transfers tell their stories.The Figo Affair: The Transfer that Changed Football, coming to Netflix 25 August. https://t.co/7G1yMEVHiw

In the summer of 2000, Barca’s arch-rivals Real Madrid shocked the world by announcing Figo as their new player, making him their first Galactico under new president Florentino Perez. In the documentary, some renowned personalities share their thoughts about the transfer, with Felix Diaz being one of them. The Spanish journalist says in the Netflix documentary:

The Whites signed Figo for a whopping €60 million fee at the time, making him the most expensive player in the world. He received the Ballon d’Or in 2000 as a Los Blancos player, but won it largely due to his stellar performances for Barcelona in the 1999-2000 season. In five seasons, Figo played 248 games for the Blaugrana, recording 45 goals and 58 assists.

The former Portugal international spent just as many seasons in Madrid (2000-01 to 2004-05), scoring 57 goals and recording 92 assists in 245 matches across competitions. He won two La Liga titles, one Champions League trophy, and two Copas del Rey with Los Merengues, amongst other honors.

The El Clasico rivals have only negotiated over two player transfers over the course of their existence. Michael Laudrup, who joined Los Blancos after spending five seasons with Barca, remains the only other player apart from Luis Figo to switch sides before the expiration of his contract.

In 1994, Michael Laudrup played for Barcelona and humiliated Real Madrid 5-0.

Bernd Schuster, Luis Enrique, and Javier Saviola also directly switched camps, but they joined the free agents after the end/termination of their contracts.