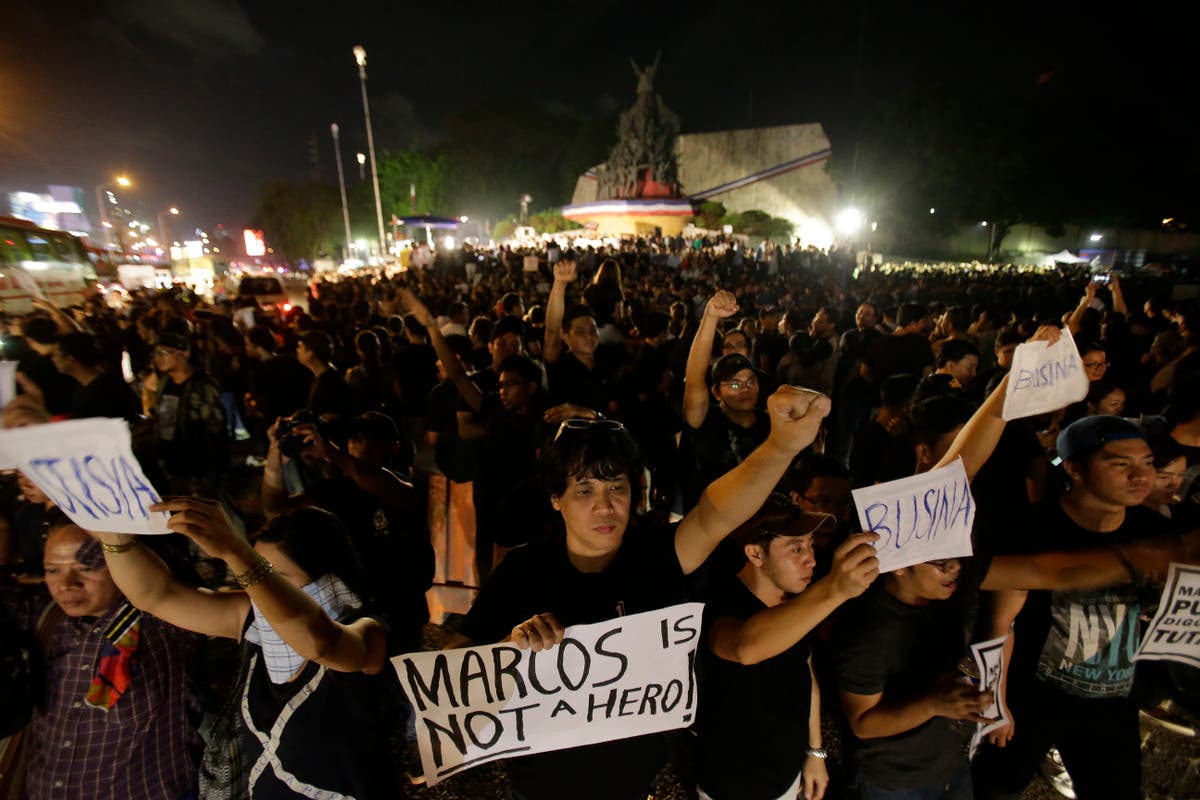 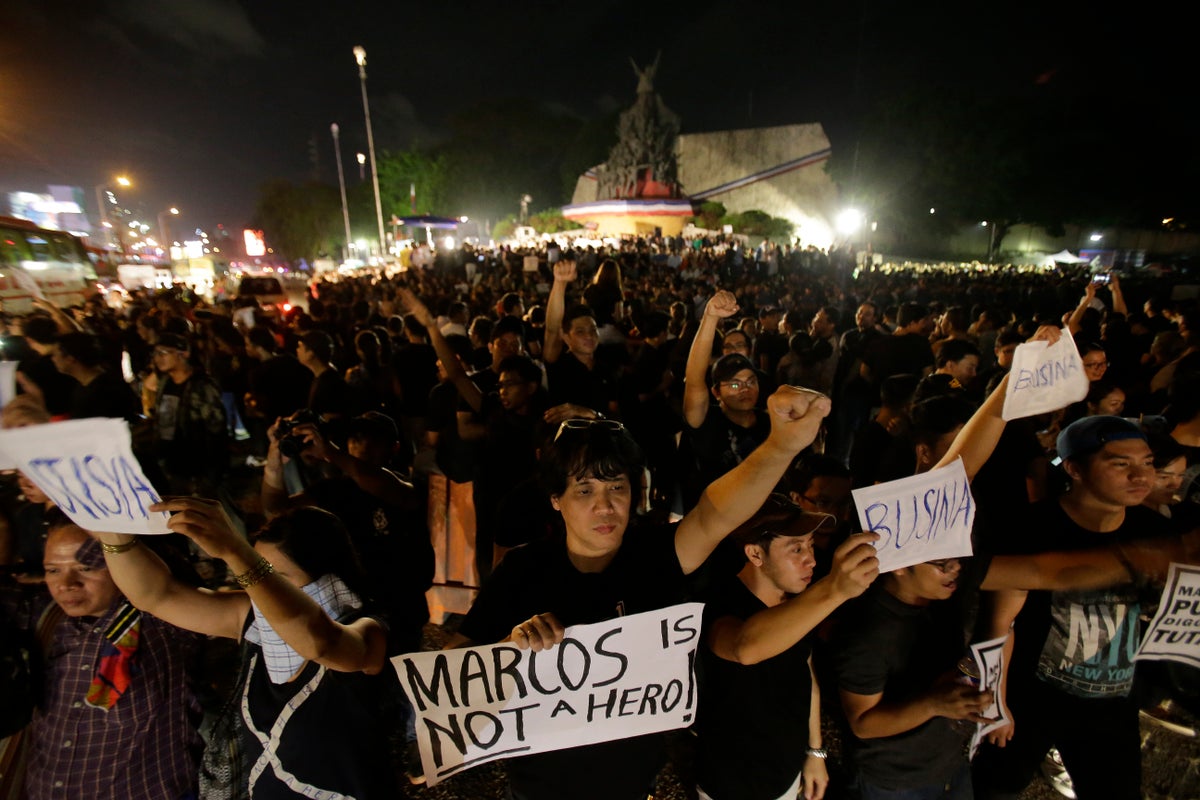 He was the uncle I never met. But in my family’s origin story, Emmanuel “Manny” Yap always loomed large.

The life of great potential cut short. The cautionary tale. But also the reminder of doing what was right, no matter the cost.

A rising leader in the youth-led opposition to President Ferdinand Marcos in the Philippines, Manny Yap joined his parents and siblings for lunch at his mother’s favorite Chinese restaurant in their hometown of Quezon City.

It was Valentine’s Day in 1976, a few years into martial law, the moment in the country’s history when Marcos Sr. suspended civil government and effectively ruled as a dictator. After the meal, the 23-year-old grad student went off to meet a friend.

Days later, an anonymous caller delivered the news his family had dreaded: Manny had been picked up by the military and detained.

My uncle was never seen again.

Now his story is flooding back: The son of the man my family has held responsible for his death all those decades ago is set to become president of the Philippines.

“We were on the good side, the honor side,” Janette Marcelo, my mother and Manny’s younger sister, tells me by phone recently. Her voice is trembling but resolute. “You need to know that.”

Even now, nearly a half century later, her memories are vivid when she recalls her parents’ anguish as the days after his disappearance rolled into weeks, months, years.

Her mother, desperately trying to pass messages along to the nuns and priests granted entry to the notorious prison camp where they believed he was being held. Her father, eying each arriving and departing bus, hoping he might catch a glimpse of his eldest son.

But Manny’s body was never recovered. His heartbroken parents were never able to properly lay him to rest. The only markers of his loss are the monuments scattered across Metro Manila where his name is etched along with more than 2,300 killed or disappeared during Marcos’ two-decade reign.

My mother is emphatic as she recounts the story my siblings and I heard countless times growing up.

“You had an uncle who believed so much in something that he was willing to die for it, and it was a great loss,” she says. “Not just for us, but for the country and the world. He could have done so much. I truly believe that.”

Next week, Ferdinand “Bongbong” Marcos Jr. will be inaugurated following his landslide victory in May’s Philippine presidential election, completing a stunning return to power the Marcos clan, which ruled for the country for more than two decades until being ousted by the largely peaceful “People Power” uprising in 1986.

The moment has been a reckoning for my family, our painful past and the values ​​we forged. But given everything else going the world, I’ve been on many other Filipino Americans.

So I decided to ask.

In conversations with Filipinos across the country in recent weeks, I found outlooks ranging from my mom’s simmering fury to unbridled excitement about the future.

It’s not entirely surprising. In the US — where more than 4 million Filipinos represent the third largest Asian group, after Chinese and Indians — Marcos Jr.’s victory was much narrower than in the Philippines.

He claimed nearly 47% of the more than 75,000 ballots cast by dual citizens and other Philippine nationals in the US, compared to 43% by his main opponent, outgoing Philippine Vice President Maria Leonor “Leni” Robredo, according to election results.

One of the first people I spoke with was Rochelle Solanoy, a 53-year-old state worker in Juneau, Alaska. She voted for Marcos Jr., because she believes he can bring a return to the “golden years” when the country was a rising force in Asia and its charismatic first family was the envy of rivals.

Solanoy, who left the Philippines in 1981, said she marched as a youth against the Marcos dictatorship but now feels like she was lied to.

“When the revolution ousted Marcos, that’s when things went downhill. That’s when the corruption happened,” she said by phone. “Now, I’m learning these things that I didn’t know when I was younger. Our minds had been poisoned the whole time.”

In California, Susan Tagle, 62, of Sacramento, said the election made her question everything she went through as a young university activist, when she was imprisoned for months by the Marcos regime.

Mark Mr. died in exile in Hawaii in 1989. His widow, Imelda, whose vast shoe collection became the symbol of the family’s excess during the dictatorship, has served for years in the Philippine Congress while her children from her have served as governors and senators.

“We basked in the idea of ​​ousting a dictator,” said Tagle, who voted for Robredo. “Then we went about our lives. We went back to school, started families, built careers and thought the worst was over.”

Constantino “Coco” Alinsug, who earlier this year the first Filipino American elected give city councilor in New England, says he’s willing to Marcos Jr. the chance, even if he has strong reservations.

The 50-year-old Lynn, Massachusetts resident, who came to the US in his 20s, marched against the Marcos dictatorship as a youth. But he’s also an ardent supporter of outgoing President Rodrigo Duterte, whose bloody crackdown on illegal drugs has sparked his own international human rights concerns. Duterte’s daughter, Sara, will serve Marcos Jr.’s vice president.

“I want to give this guy a chance, but I honestly have no idea what he’s about,” said Alinsug, who wasn’t able to vote because he isn’t a dual citizen. “He didn’t debate. He didn’t campaign. He just let his machine and money do the work.”

Brendan Flores, chairman and president of the National Federation of Filipino American Associations, was similarly guarded.

“I’m well aware of what the history books say. There’s lots of baggage, no doubt,” said the 37-year-old Sarasota, Florida resident. “The key difference this time is that the world is watching. We’re not going to sit idly by if things go wrong.”

I wish I could say my mom is as hopeful.

For her, there’s new urgency in the lessons she has tried to impart for all these years. As she sees it, the past has been rewritten to cast the villains of her childhood from her as today’s saviors.

After the elder Marcos was deposed, my grandfather, Pedro Yap, joined the Philippine government commission tasked with recovering the ill-gotten assets of the former first family.

He worked to freeze Swiss bank accounts and seize properties in Los Angeles, New York City and elsewhere in order to repatriate wealth back to his impoverished nation. The family, still reeling from the loss of our uncle and fearing Marcos retribution, begged him to quit.

Grandpa, who also served on the UN Commission on Human Rights, eventually did—when he was appointed to the nation’s Supreme Court and briefly served as chief justice until retirement.

I ask my mom: Does seeing the Marcos family back in power mean grandpa’s work and Uncle Manny’s death were in vain? She doesn’t hesitate.