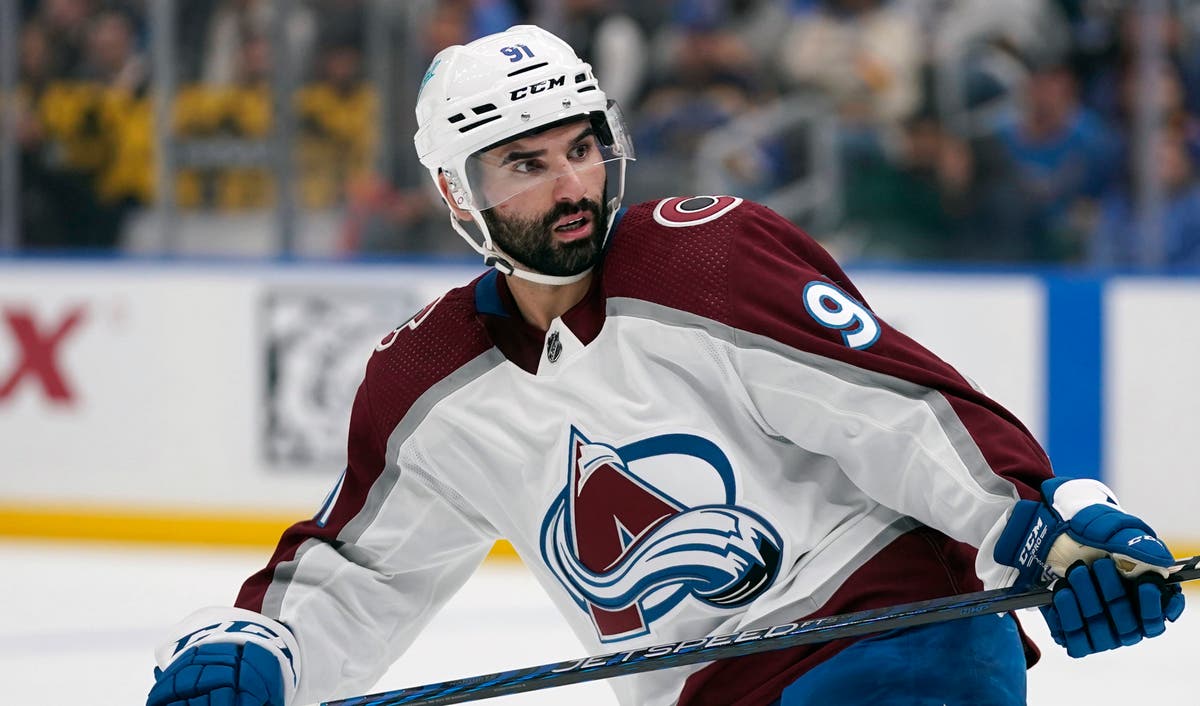 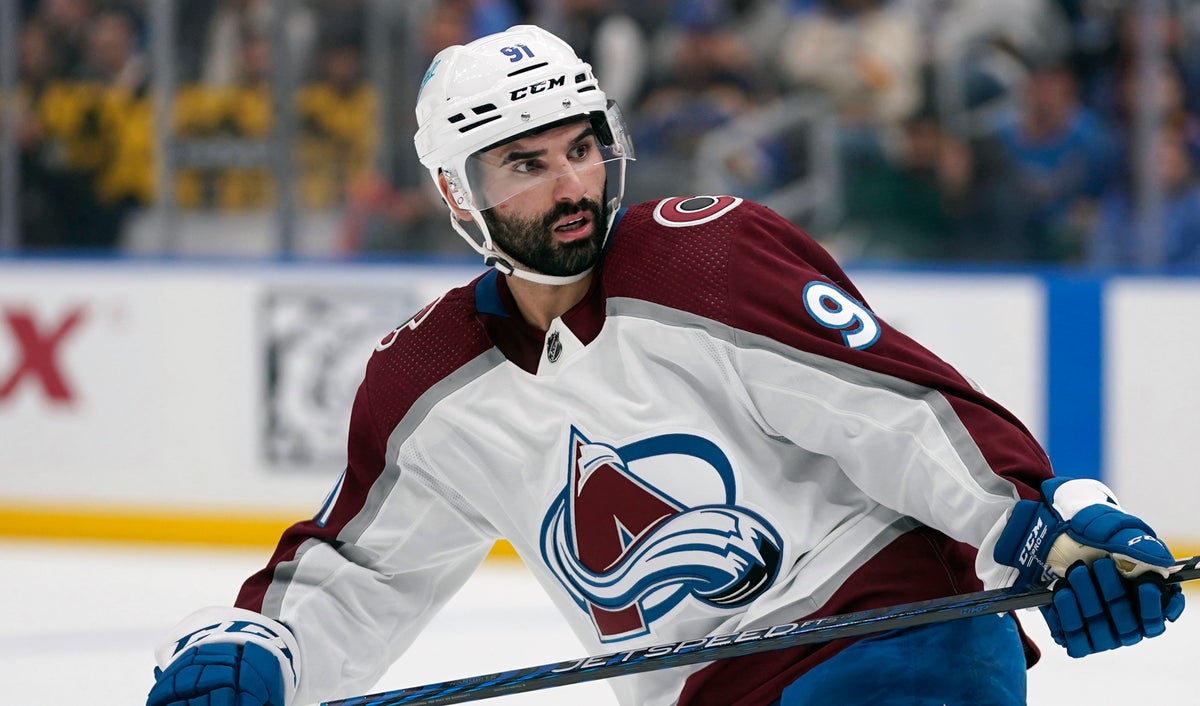 Anson Carter remembers watching in high school as some of his friends abandoned hockey for being “too white” as he forged ahead, eyes set on a pro career. By the time he reached the National Hockey League, dreadlocks were flowing out from underneath his helmet as he skated.

As one of the few Black players in the NHL at the time, his presence during a career that spanned from 1996-2007 didn’t go unnoticed to those friends in Toronto. They told him their kids are playing hockey.

“That makes me more proud than even playing in league myself because they’re like, ‘You played, so why shouldn’t my kids play?’” Carter said. “To see that change with the way my friends would think, it’s an amazing thing.”

Fifteen years since Carter hung up his skateboards, the NHL has taken what it sees as significant strides to improve diversity on the ice and in the stands, a long overdue pursuit aimed at expanding hockey’s footprint globally and closing the popularity gap with other leagues in the US Raising minority participation in management, coaching and officiating is part of a long-term plan executives hope changes the very face of hockey in the coming years.

“Anybody that expects us to wave a magic wand and have these things happen immediately as opposed to over time, they don’t understand how real change works,” said Kim Davis, who joined the NHL as executive VP of social impact, growth and legislative affairs in late 2017. “What I’m encouraged by is the fact that our owners and our leaders of our 32 clubs and at the NHL level are committed to this. People are leaning into this. They understand that this is, as I often say, a movement not a moment and it’s going to take us time to make the change. But we’re already seeing it.”

Davis said there are currently 54 active players who are Arab, Asian, Black, Latino or Indigenous, which would make up roughly 7% of the league. While the NHL does not keep official statistics on the racial makeup of team rosters, that is a significant increase over when Carter played.

This postseason has been a showcase of that diversity with several minority players at the forefront.

Nazem Kadri, who is of Lebanese descent, has been one of Colorado’s most influential players and scored the overtime winner in Game 4 of the final Wednesday that put the Avalanche one victory away from the Stanley Cup, while Pierre-Edouard Bellemare, who is Black and from France, is an important newcomer for Tampa Bay in its bid for a three-peat. New York Rangers fan favorite Ryan Reaves and defenseman K’Andre Miller, as well as Edmonton star Evander Kane, who are Black, were all playing in the conference finals.

“There is that little kid at home right now who’s going to be able to watch a game and go, ‘Look!’” Bellemare said. “Because, naturally you’re trying to mimic somebody that you can see yourself in.”

Richard Lapchick, director of the University of Central Florida’s Institute for Diversity and Ethics in Sport, said having Black stars in hockey is “going to also increase the speed with which young Black kids might start to take up hockey.” Putting players like Kadri and Reaves front and center in marketing campaigns is just one of several avenues that have to be successful to see meaningful growth.

The push for more diversity in front office hires has so far featured more success with women than people of color. Carter and Davis both pointed to the Dallas Stars’ recent hire of Al Montoya as director of community outreach as a tangible step forward after his involvement in the NHL’s player inclusion committee — one of several established in the wake of Akim Aliu’s revelation in 2019 he was the victim of racist language by a coach in the minors and the racial reckoning in the US that began in 2020.

Montoya recently wrote on a notepad, “Enduring change doesn’t happen over time” and shares with Carter the theory that more diverse front offices will lead to the same kind of change on the ice.

“It’s one thing to hire just to make a hire and you don’t want to do that,” said Montoya, a retired goaltender who was the first Cuban American and first Spanish-speaking player in the NHL. “You want to have the best. Diverse minds bring diverse perspective, and that leads to a great product. I always use the concept of you don’t want all right-handed players on the ice. The same goes for the office. You don’t want everyone that thinks the same.”

Carter compares it to the days when European players were stereotyped as soft or when US college players were overlooked because they didn’t go the junior hockey route in Canada. The NHL has undoubtedly become a better product since their widespread integration.

“It has become normal to see diverse players playing on the ice because they’re getting normalized in the front office,” Carter said. “And people might not be like, ‘If that guy’s got dreads and he’s playing, we’re not really sure if he’s serious about playing hockey or going to be a rapper,’ if you’ve got a Black person like myself or in a front office or a part of a management team.”

The NHL in July is set to release its first demographic study and report on diversity, equity and inclusion, which Davis said will clearly show demographics are shifting around the league in terms of representation. Lapchick said the NHL for the first time is working with him on a racial and gender report card, which could yield results in six months or so.

“It also provides us with a baseline so that we can measure and hold ourselves accountable to the future,” Davis said. “We’ll look at the youth participation and the number of kids of color in our First Shift programs in Canada and our Learn to Play programs. We’re seeing that the pipeline of kids moving into elite pathways is increasing. All of these indicators are moving in the right direction, and that’s what we want. We want these indicators to be pointing in the right direction.”

Those grassroots efforts to grow the game in Black, Latino and other underrepresented communities — a smart business move for any league — have been going on for a long time. Lapchick points out that despite Major League Baseball’s decades of efforts and financial investments, there are fewer Black players now than ever before, and he understands that’s a challenge for hockey, as well.

“It’s an expensive sport — it’s not that accessible,” Lapchick said. “So, it’s an uphill battle on that level.”

Carter, who heads the player inclusion committee and is a Turner Sports analyst, is in regular contact with representatives from USA Hockey and other organizations to continue work on those efforts, which include the Pittsburgh Penguins last year establishing the Willie O’Ree Academy that offers Black players free instruction. The Penguins also launched a hockey diversity program run by former Jamaican national team captain Jaden Lindo and worked to open the first rink in Pittsburgh city limits in decades.

“It’s that kind of intentional work that has to continue to happen at every single level in all of our markets that’s going to really move the dial on all of these things,” Davis said.

That dial isn’t at zero. According to Davis, women make up 40% of NHL fans and 25% of the overall number are people of color. The work now is about building off that for the future, with the next steps in Carter’s mind involving more minority representation in front office and ownership roles.

“We’re moving in the right direction,” he said. “That’s going to happen with time as you get more candidates brought to the table. You’re going to see it happening slowly but surely.”