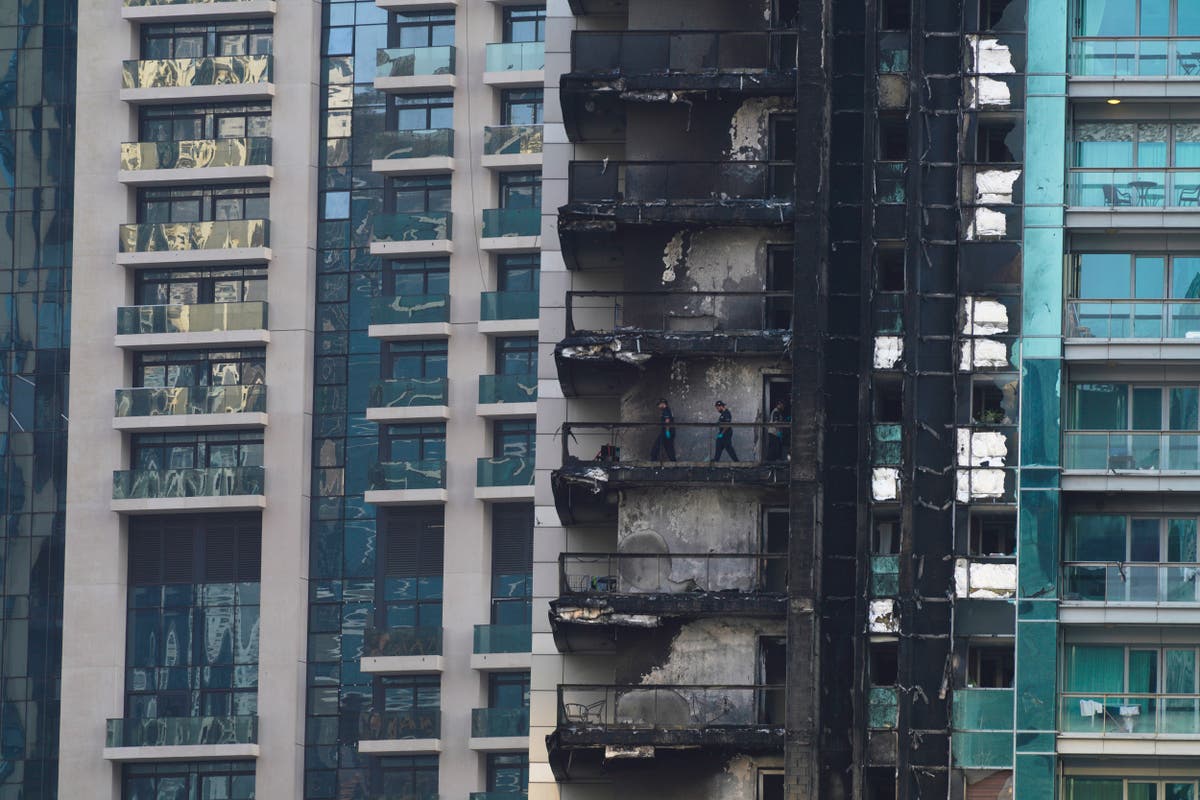 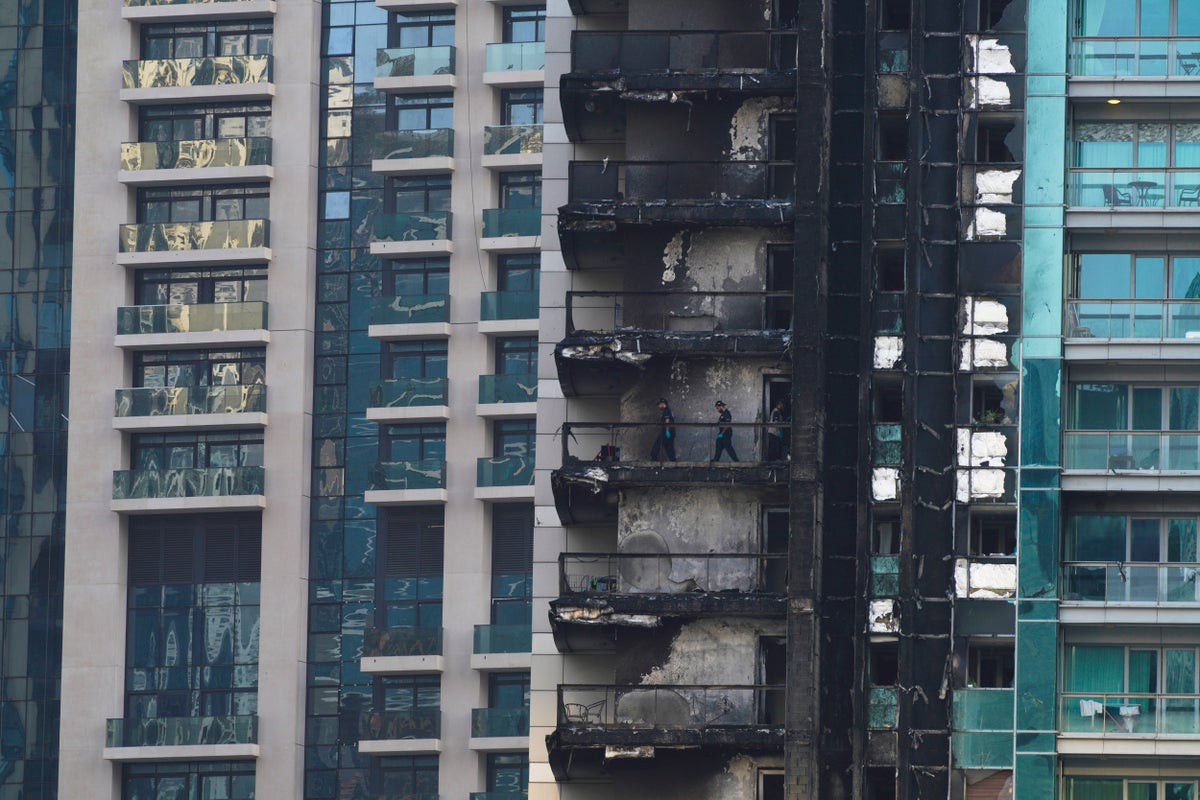 A massive fire blazed through a 35-storey high-rise building in Dubai next to the Burj Khalifa on Monday morning.

While the fire had been extinguished by dawn, the outer façade of the building could be seen covered with black char marks.

The building is part of a series of towers called 8 Boulevard Walk by Emaar, the state-backed developer in the emirate, The National newspaper reported.

There has been no information yet on whether anyone was injured in the blaze.

Dubai police and civil defense did not immediately acknowledge the fire, reported the Associated Press.

Emaar has also not issued any statement on the fire yet.

In recent years, there have been a series of fires in tall skyscrapers in Dubai, raising questions about the safety of such buildings.

No injuries were reported in the incident.

In 2015, a fire blazed through the 63-storey building housing The Address Hotel in downtown Dubai on New Year’s Eve.

In September, Orient Insurance, an insurance company that was ordered to pay more than a billion Dirhams in damages for the blaze, lost a civil lawsuit that it filed to try and recover the money.

Orient Insurance was ordered to pay Emaar 1.25bn Dirhams (more than $340m) in a settlement.

Emaar is behind other projects in the area, including the Burj Khalifa.

Questions about the safety of materials being used for buildings have emerged when fires have been reported in the UAE, reported the Associated Press.

To address the hazards, the country’s authorities have earlier said fire safety rules have been changed.