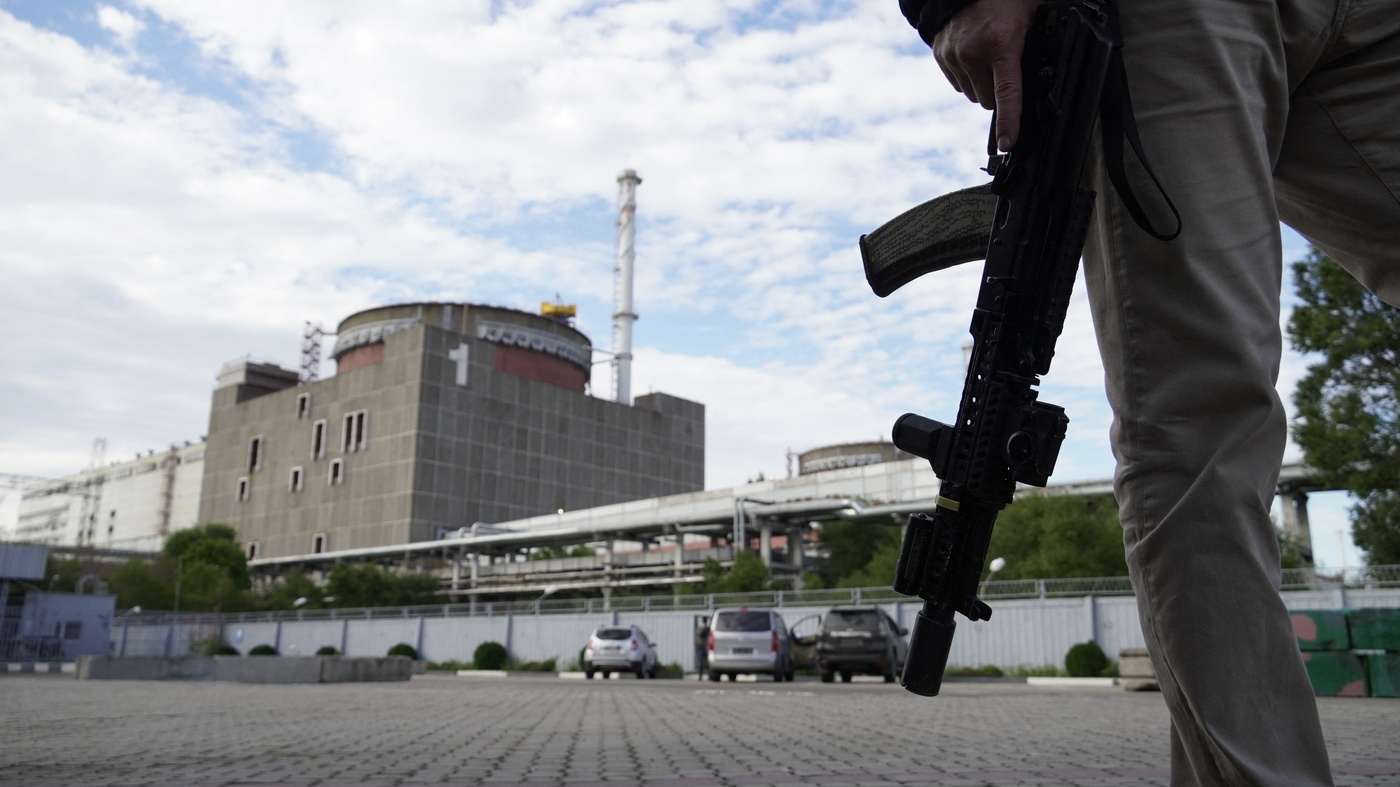 A security person stands in front of the Zaporizhzhia nuclear power plant on September 11.

A security person stands in front of the Zaporizhzhia nuclear power plant on September 11.

“A time of great peril.”

That’s how the head of the United Nations, Secretary-General António Guterres, sums up the state of things.

In a press conference this week, as the annual UN General Assembly began in New York City, Guterres pointed to wars, poverty, hunger, and what he described as “climate chaos.”

He called for solidarity and cooperation, even while acknowledging that the global response to all these challenges seems “paralyzed.”

Guterres joined All Things Considered to discuss five things going on in the world right now that he is worried about: fighting near the Zaporizhzhia nuclear power; fertilizer availability; Europe’s energy crisis; Russia’s invasion of Ukraine; and the climate crisis.

This interview has been lightly edited for length and clarity.

It was my belief since the beginning that the parties should agree there should be no shooting from the plant, or into the plant. We have suggested the creation of a perimeter in which Russian troops would not enter, but also in relation to which the Ukrainian troops would commit not to enter. I don’t think that we are approaching a solution of this type. I know the IAEA (International Atomic Energy Agency) is exploring as much as possible the concept of a safe zone, and the negotiations are taking place between the IAEA and the parties.

But I’m not very optimistic. In any case, the six reactors are now not working. The question is that they need to have the supply of electricity to guarantee the cooling together with other parts in all contexts. So I hope that this kind of stalemate will not bring any catastrophic situation. But of course, there is a major concern with what’s happening there.

We have already [transported] more than 3 million tons that went out from the Black Sea from Ukraine. And it’s going on and on. And I think that the movement is taking place in a very positive way.

Farmers harvest a wheat field in the Ukrainian Kharkiv region.

Farmers harvest a wheat field in the Ukrainian Kharkiv region.

Our biggest problem in relation to food security is now not food in itself, but fertilizers. The fertilizers from Belarus are sanctioned, and being a landlocked country, they cannot export their fertilizers through the European Union. It is absolutely essential to remove the obstacles that still exist. And we are cooperating with the US government, and also with the European Union to make sure that what has always been said, that no sanctions apply to food and fertilizers, is translated into practice.

And this is having a dramatic impact in West Africa, for instance. We have concrete data that farmers are already planning to farm less than the land available because of the fertilizer price and its availability.

This is an area where we have no capacity. Let’s be frank, energy is something that is dealt with by a number of very powerful countries and a number of very powerful companies. And the influence of the United Nations there is much more reduced. With the grain, we were able to get to the agreements. We got a lot of commitment with a lot of persistence. It took four months, but it was possible because there were no major interests against it. When you talk about energy, there are many major interests and it’s very difficult for us to be able to create the conditions for the energy market to normalize. I’m very worried about that.

In relation to the key question, which is peace, I think we are still very far from creating the conditions to get it. And for us, peace must be in line with the UN Charter and in line with international law.

On a lack of action on the climate crisis

Developed countries have been able to announce a meaningful reduction in the next few years, but most emerging economies do not have that capacity, which means that emissions we risk having an increase in during this decade instead of the reduction of 45%, which is what’s needed.

Displaced flood-affected people stand in a queue to receive food being distributed by Saylani Welfare Trust at a makeshift camp in flood-hit Sehwan of Sindh province in Pakistan.

Displaced flood-affected people stand in a queue to receive food being distributed by Saylani Welfare Trust at a makeshift camp in flood-hit Sehwan of Sindh province in Pakistan.

There are arguments from both sides against each other and what we need is effective cooperation for the developed country to support the emerging economies, for them to accelerate their financing, to move from coal and other fossil fuels into renewables. And for that they need financing and they need technology.

So for all of these things to be prevented or to be minimized in their impact, they need a massive investment in adaptation. And there has been no money for that. It’s essential that there is money for that. Military expenditure is increasing everywhere. There must be money to rescue the planet.

This story was adapted for the web by Manuela Lopez Restrepo