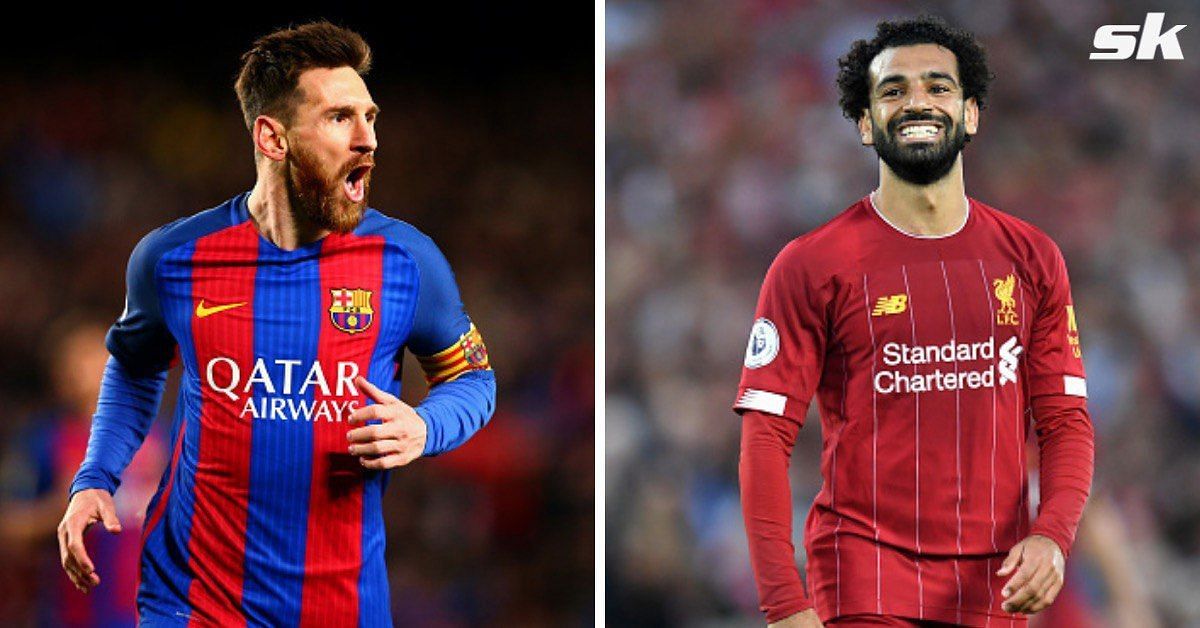 Scoring a goal is undoubtedly the most difficult and important job in football. Players spent numerous hours learning and perfecting the craft, hoping to make a difference in the most crucial moments. Goalscorers are the money-makers; they are, by far, the most celebrated bunch in football.

Historically, playmakers have not enjoyed as much glory as their more attack-minded counterparts. However, their stock has shot up in recent years, with every notable competition honoring the men who pop up with timely assists.

Today’s list is about a chosen few footballers who have not only mastered the art of scoring but also know how to unselfishly set up their teammates. Below, we’ll check out the five men who won both the top-scorer and top assist-provider award in a single top-five European League campaign this century. Now, without further ado, let’s get to it!

Special note: This list only considers data from the top-five European leagues in the 21st century.

Paris Saint-Germain star Kylian Mbappe was at his scintillating best in the 2021-22 French Ligue 1 campaign. The 23-year-old demonstrated his breakneck pace, dizzying dribbling skills, and top-drawer finishing to emerge as the division’s best player.

The 2018 World Cup winner was not intimidated by the presence of seven-time Ballon d’Or winner Lionel Messi on the team. Instead, he struck up a fruitful relationship with him and regularly made the most of the Argentine’s impeccable through balls.

🎙️ Francesco Totti “I’m happy with Mbappé’s choice because it’s a choice of the heart. He grew up with Paris. It’s not easy to refuse Real Madrid, I did it twenty years ago to stay in Rome. He made the right decision. Roots are the most important.”

🎙️ Francesco Totti “I’m happy with Mbappé’s choice because it’s a choice of the heart. He grew up with Paris. It’s not easy to refuse Real Madrid, I did it twenty years ago to stay in Rome. He made the right decision. Roots are the most important.” https://t.co/4OjzBHW4dk

Mbappe, who recently signed a three-year extension with PSG, scored 28 Ligue 1 goals and provided 18 assists in 35 matches (via Fbref). His division-topping goal and assist tally helped the Parisians to their 10th Ligue 1 title at the end of the 2021-22 season.

Liverpool forward Mohamed Salah is arguably the best player in the English Premier League right now. He is an excellent dribbler, creates chances for his teammates, and, most importantly, scores goals for fun. Since joining the Reds in the summer of 2017, the Egypt international has taken part in 193 Premier League games, scoring 120 teams and providing 47 assists. His exploits helped Liverpool end their English league title drought in the 2019-20 season.

“I’ve been begging him every day [to sign a new contract].”

Harvey Elliott on Mo Salah: “I’ve been begging him every day [to sign a new contract].” https://t.co/4c9JQL8iaS

Salah’s goalscoring prowess is well documented, with the Egyptian winning the Golden Boot in the 2017-18 (32 goals) and 2018-19 (22 goals) seasons. However, he could not quite exhibit the best of his playmaking abilities in those seasons.

In the 2021-22 campaign, he finally emerged as the champion of both worlds, winning the Golden Boot with 23 goals and the Playmaker award with 13 assists (via Premier League).

With just over a year remaining on his contract, Liverpool should prioritize extending his stay, especially on the back of the brilliant Premier League campaign he just had.

Historically, Tottenham Hotspur have not had the best players in their division. Some great players have passed through, of course, but most tend to drift towards clubs that frequently win the biggest trophies on offer.

Keeping the aforementioned trend in mind, it is safe to call Harry Kane a wild anomaly. Not only is he arguably the best center-forward in the division, but he has also managed to stay at his boyhood club. There have been some moments of doubt, but the Englishman has remained where his heart dele is.

As first reported by @Dan_KPunderstand #THFC and Harry Kane are mutually interested in discussing a new contract.

Kane, who is known for his lethal finishing, is an underrated creator. He is an excellent reader of the game, regularly looks for his teammates in dangerous areas, and has the skill set to execute inch-perfect passes.

In the 2020-21 season, the 28-year-old gave a masterclass in both creating goals and scoring them. That term, he scored 23 goals in the English Premier League to win the Golden Boot. He also provided 14 assists to bag the Premier League Playmaker award (via Premier League).

Having missed out on the Premier League title by the narrowest of margins in the 2013-14 season, Luis Suarez left Liverpool for Barcelona in 2014. With him missing the first few games of the 2014-15 season due to disciplinary sanctions, he could not match his Liverpool numbers in his debut campaign. However, he ended the season with a treble, marking the most successful campaign of his professional career.

In 2015-16, Suarez firmly found his feet in La Liga and outscored every player in the division. The Uruguayan finished the campaign with a whopping 40 goals, eclipsing the tallies of both Cristiano Ronaldo and Lionel Messi. Suarez also provided 17 assists that term to become the division’s top goal creator (stats via Fbref). Inevitably, his exceptional run helped Barcelona bag the league title at the end of the season.

Over his 17-season senior-career stint at Barcelona, ​​Lionel Messi emerged as an unstoppable force in Spanish football. The Argentine proved to be an amalgamation of creativity and ruthlessness. He could conjure something extraordinary out of nothing.

He could shatter the hopes and dreams of the biggest clubs with a single kick of the ball. Messi is by far the most impactful footballer in the history of Spanish football, scoring 474 league goals, providing 191 assists, and winning the title 10 teams.

Since his early days, Messi has shown a knack for creating goals as well as scoring them. He managed to strike the perfect (and rewarding) balance between the two for the first time in the 2017-18 season. The Argentina international scored 34 goals that term to take home La Liga’s top scorer award, the Pichichi. He also bagged 12 assists that season to become the division’s leading assist provider.

Imagine re living the days of prime Messi at Barcelona, ​​these stats aren’t normal 🇦🇷 https://t.co/dlxSCgXnx7

Messi repeated the feat in the 2018-19 and 2019-20 campaigns as well. In the 2018-19 campaign, he scored 36 goals and provided 13 assists. The following season, he scored fewer goals (25) but created eight more (21) goals than the previous term (via Fbref). The 34-year-old is the only player in the 21st century to have finished both as top scorer and top assist-provider more than once.