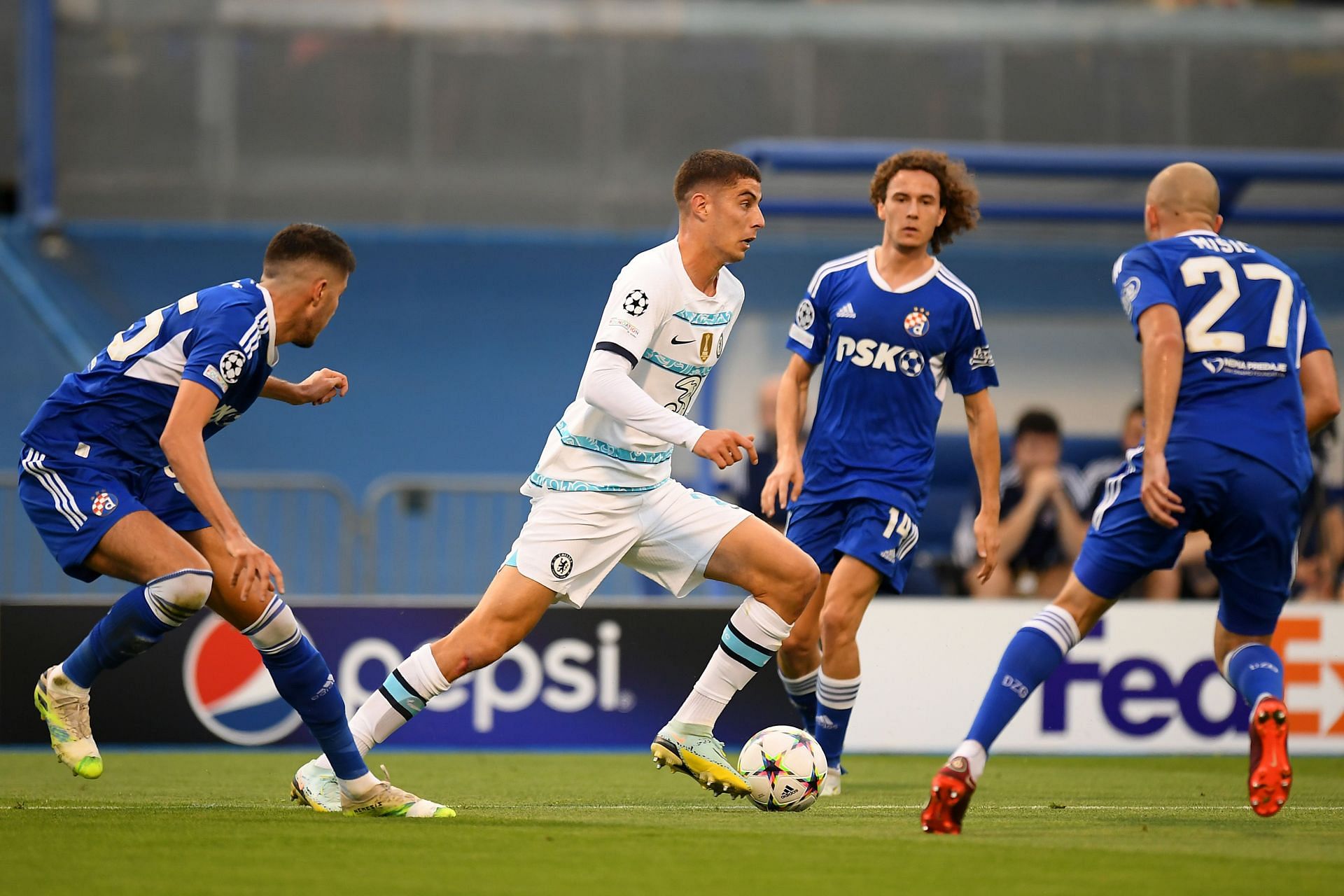 Premier League giants Chelsea traveled to Dinamo Zagreb’s backyard, the Stadion Maksimir, for their Champions League Group E opener on Tuesday evening (September 6). The mighty Blues were the overwhelming favorites to come out on top, but the hosts gave them a harsh reality check, condemning them to a 1-0 defeat. Mislav Orsic scored the only goal for the Croatian outfit in front of a bouncing Stadion Maksimir.

Dressed in their white away strip, Chelsea started the game brightly and carved out their first opportunity just six minutes into the match. Debutant Pierre-Emerick Aubameyang dashed into the box, spearheading a promising counter attack. Despite being in a position to shoot, the Gabonese opted to cut the ball back for Raheem Sterling. The England international got his shot away, but it was blocked by Stefan Ristovski before the keeper could intervene.

In the 13th minute, Orsic scored superbly for the hosts, completely against the run of play. The Blues, who were convincingly on top, had everyone in Dinamo’s half, meaning there was no one to halt Orsic’s run from his own half. The forward easily outpaced new Chelsea signing Wesley Fofana before dinking the ball over an onrushing Kepa Arrizabalaga to find the back of the net. Apart from Aubameyang’s tame effort (blocked) in the 42nd minute, the Pensioners failed to conjure anything for the remainder of the first half.

The visitors ultimately scored in the 49th minute, with Aubameyang finding the far side. Unfortunately for them, the goal was ruled out for offside. Before their frantic push in the final 10 minutes, which saw efforts from Reece James (bar), Mason Mount (saved), and Hakim Ziyech (saved), Chelsea struggled to create goalscoring opportunities. Zagreb, despite only enjoying 32% possession, held on and impressively walked away with maximum points.

Here are three of Blues’ stars who utterly disappointed in Croatia and two who showed some glimpses of excellence:

In the aftermath of an armed robbery at Pierre-Emerick Aubameyang’s Barcelona home, which resulted in a jaw injury for him, the forward training could only complete two sessions before Tuesday. Before the match, Thomas Tuchel claimed the Gabonese was ready to start, but it clearly did not look the case.

Chelsea subbed off Aubameyang after 60 minutes

He has an Arsenal tattoo, he done this to you in the final. What do you expect🤷🏽‍♂️

Chelsea subbed off Aubameyang after 60 minutes👀He has an Arsenal tattoo, he done this to you in the final. What do you expect🤷🏽‍♂️ https://t.co/lgWfNWt272

Aubameyang was sluggish for the most part, rarely took shots when needed, and was caught offside multiple times. Before being replaced by Armando Broja in the 60th minute, Aubameyang lodged zero shots, lost two duels, ceded possession seven times, and was caught in an offside position thrice. Not a debut to remember for the former Barcelona man.

Starting in a competitive game for the first time since March, Kepa Arrizabalaga produced an impressive performance. The Spaniard could not keep a clean sheet, but he more than did his fair share of him to avoid further embarrassment.

Kepa with a stunning save to keep Chelsea in it.

Kepa with a stunning save to keep Chelsea in it.

Appearing in his 50th game for the Blues, Ben Chilwell produced a performance to forget against Dinamo Zagreb. He was not good in one-on-one situations, lacked finesse going forward, and lost possession rather cheaply. The west London outfit looked more comfortable in possession after he was taken off for Marc Cucurella in the 71st minute.

❌ After a performance for Chelsea today against Dinamo Zagreb that lacked attacking prowess, Ben Chilwell (DEF – £5.8m) may have lost his starting LWB despite scoring in the Prem over the weekend.👎 Blues LWBs in FPL not looking so good right now either way…#FPL || #CFC https://t.co/JaKpqbIlmH

Against Zagreb, Chilwell did not create a single chance for his teammates, misplaced all three of his attempted crosses, and lost three of four duels. Additionally, he ceded possession 13 times, committed a foul, and was caught offside once.

Arguably the best player in Tuchel’s team, Reece James did his best to help his teammates out on Tuesday. He swung in multiple crosses, carried the ball well, held his own dele in ground duels, and even hit the woodwork once. In the 85th minute, he took a diagonal shot at Zagreb’s goal. Instead of creeping inside, it slammed against the frame of the goal and went out of play.

On Tuesday, James made one key pass, accurately delivered two crosses and two long balls; he won five ground duels, and drew two fouls. He also blocked a shot and attempted a tackle.

Former Manchester City forward Raheem Sterling arguably had his worst game yet for the Blues in Croatia. He failed to test the keeper, kept losing possession, and did not create any clear-cut goalscoring opportunities for his teammates.

Mount and Azpilicueta have been awful but Sterling literally can’t complete a 5 yard pass all half, we need to start holding these players to higher expectations it’s not good enough man seriously sort it out.

Mount and Azpilicueta have been awful but Sterling literally can’t complete a 5 yard pass all half, we need to start holding these players to higher expectations it’s not good enough man seriously sort it out.

The Englishman had zero shots, failed to make even a single key pass, and failed in all three of his dribble attempts. Sterling also lost seven of nine ground duels, ceded possession for a whopping 20 times, and committed two fouls before being replaced by Christian Pulisic in the 75th minute.