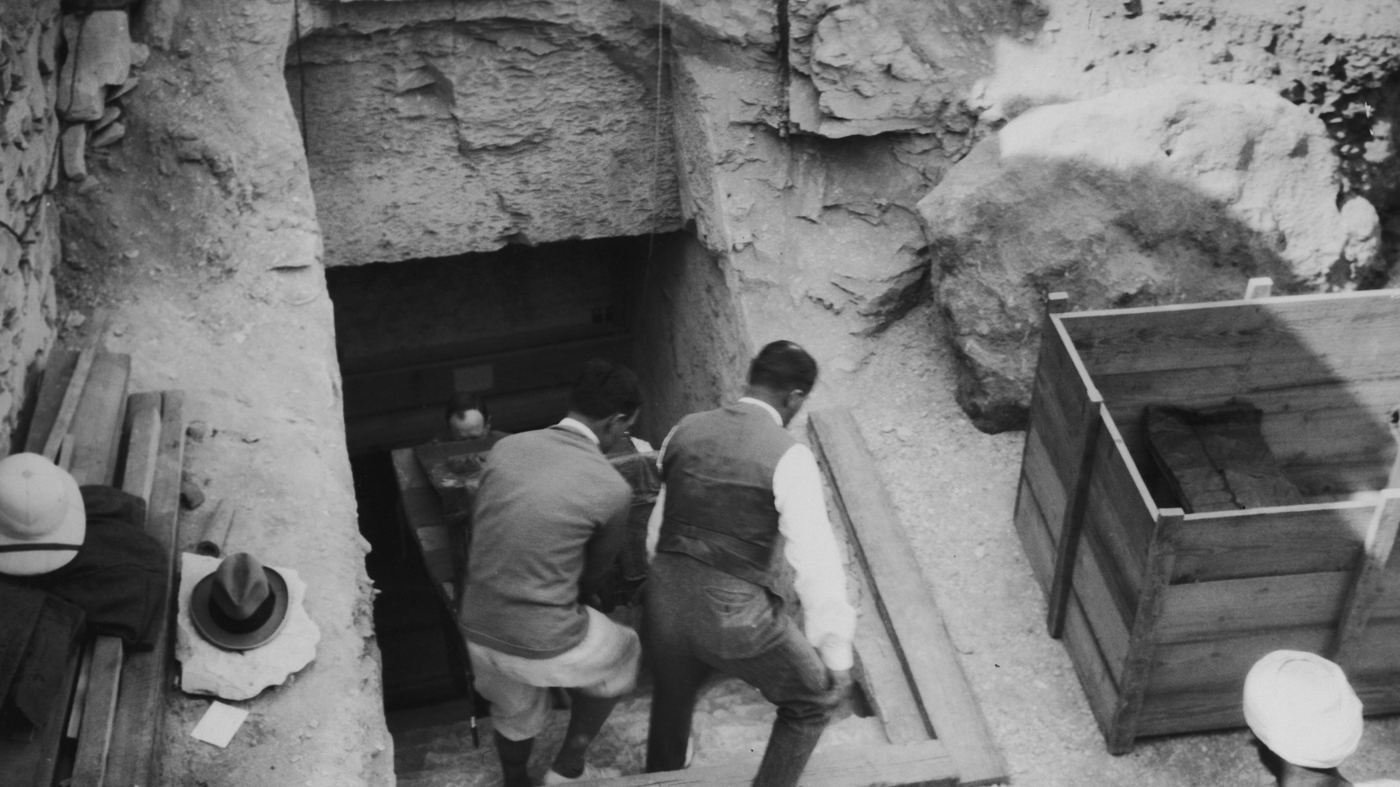 Crates are brought out of King Tut’s tomb in 1923, shortly after its discovery.

Crates are brought out of King Tut’s tomb in 1923, shortly after its discovery.

A century after the discovery of King Tutankhamun’s tomb, archaeologists are still unearthing more artifacts — and controversies.

The unearthing of King Tut’s tomb on Nov. 4, 1922 is considered one of the greatest finds in modern history. But archaeologists remained convinced that more remained undiscovered.

Now, Zahi Hawass, Egypt’s former state minister for antiquities, tells NBC News that archaeologists have recently uncovered coffins, papyrus documents and other artifacts at the Saqqara site in Giza, near the country’s capital.

The findings are believed to have been associated with another pharaoh, King Teti, as well as generals and advisers of King Tut. Hawass told NBC that the artifacts will be displayed at the Grand Egyptian Museum in Giza, which is scheduled to open next year — though it has faced repeated delays.

The new museum is planned to be the largest archaeological museum in the world. It will give viewers a view of the Great Pyramid of Khufu and the Pyramid of Menkaure.

A new accusation of stolen jewelry

Also coinciding with the anniversary of the discovery, an Egyptology professor now claims that British archaeologist Howard Carter, who led the original excavation into King Tut’s tomb, may have stolen jewelry that belonged to the boy pharaoh.

Professor Marc Gabolde of Paul-Valéry University of Montpellier in France used photos taken when King Tut’s tomb was originally discovered to show that parts of a collar worn by the pharaoh matched those up for auction and in museums, according to Live Science. Parts of the collar are now on display at a museum in Kansas City, Mo., while beads from Tutankhamun’s tomb are now at a St. Louis museum.

Even after its discovery, King Tut’s tomb remained a mystery

The boy pharaoh took the throne more than 3,000 years ago at just 9 years old and reigned for less than a decade. It’s likely that King Tut spent a life in pain due to a cleft palate, curved spine and weakened immune system before dying from malaria and a broken leg, according to one study.

And while the discovery of his tomb remains a monumental find, Egyptian officials have spent decades convinced there was more to uncover. The controversial theory that his tomb dele first belonged to a relative, Queen Nefertiti, ended after researchers concluded four years ago that there were no hidden chambers or tombs at the same site.