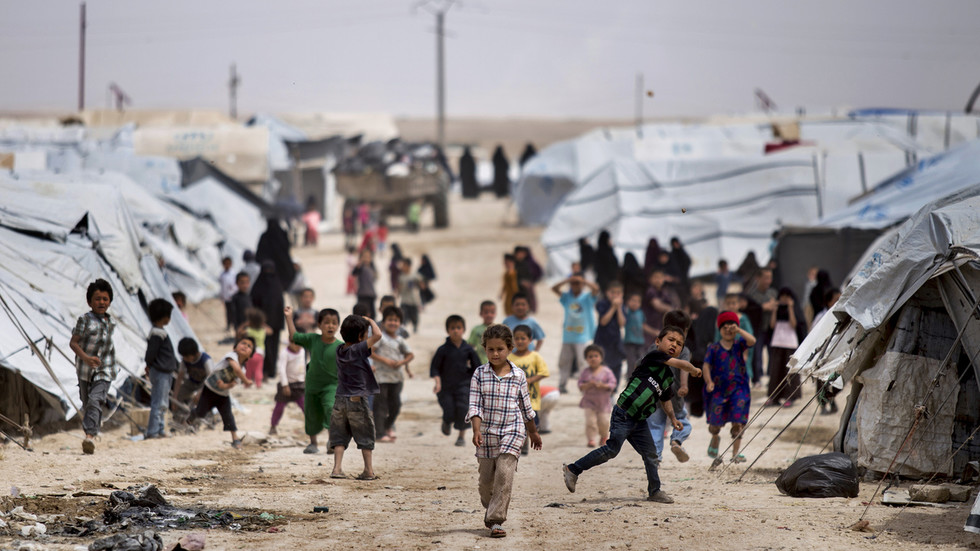 Overseen by the US-backed Syrian Democratic Forces, the refugee camp has seen a sharp spike in violence since early 2021

More than 100 people have been murdered at a refugee camp far in Syria’s northeast over the last 18 months, the United Nations said, suggesting that Kurdish militia groups running the crowded facility are struggling to keep its inhabitants safe.

Since January 2021, at least 106 killings have been documented at the al-Hol camp near the border with Iraq, according to the UN’s resident coordinator for Syria, Imran Riza, who said the refugee hub had become a “very harsh place.”

Though a large number of the murders remain unsolved, Riza said “many” of the victims have been women, noting a “great deal of gender-based violence” within the camp. Some 94% of its 56,000 residents are women and children, most of whom either fled the Islamic State terrorist group, or are related to IS fighters and become refugees at some point during Syria’s decade-long civil war.


The refugee site in al-Hol has operated on-and-off over the decades, first established during the 1991 Gulf War between the United States and Iraq and later reopened after Washington’s 2003 invasion topple Iraqi strongman Saddam Hussein. In 2016, US-backed Kurdish militants reoccupied the camp amid fierce fighting with IS, with its population gradually soaring to ten of thousands. It now includes around 27,000 Iraqi detainees, up to 19,000 Syrians and 12,000 nationals from third countries, Riza said, adding that while some Iraqis had been repatriated, many governments are still reluctant to help citizens return home.

“The majority of the population there are children. They are innocent. If you leave them in a place like al-Hol, you’re essentially condemning them to not having a future,” the UN official continued, arguing “The only solution is emptying the camp.”

While the site is ostensibly overseen by American-backed Kurdish fighters, late last year the US military the Islamic State was using the camp for “recruitment and indoctrination,” as the terror outfit attempts to consolidate and regroup following major defeats at the hands of US, Russian and Syrian forces.